Posted on December 14th 2021 by Whats on Northeast 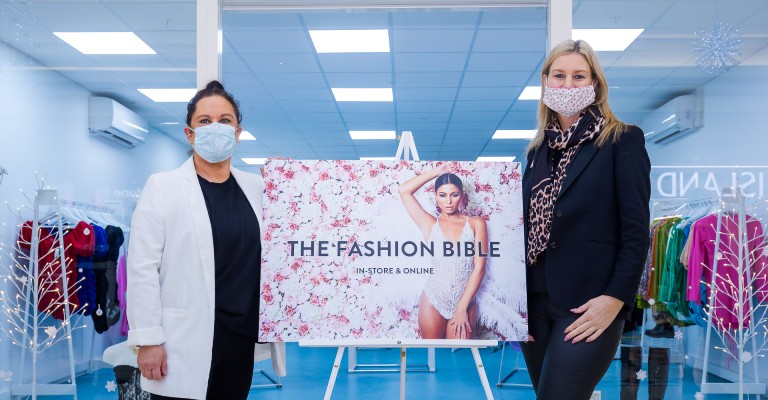 Lisa, from Sunderland, set up The Fashion Bible online ten years ago, with just an initial £90 investment.

The success of the brand – which offers stylish and affordable clothing for fashion-conscious women – has led not only to her growing an international customer base but now her first dedicated store at the Bridges.

“It was just the right time to do this,” said Lisa, who will initially be creating four new jobs.

“And because I’m from Sunderland I always wanted our first flagship store to be in my hometown.

“We have already had a high street presence because we did manage to launch into four Topshop stores and were hoping to get into more before the chain sadly closed down.”

The Fashion Bible performed way beyond expectations and the plan was for the brand to be rolled out to other Topshop stores before the company went under.

“Because it did go so well in those stores that has given us the confidence to go it alone and open our own stores.”

The new store is a prime location opposite River Island and was creating interest even before it opened.

“We had people wanting to buy some of the clothes as soon as we were putting them out,” she said.

Lisa had previously worked as a business development officer at Newcastle College  and then with a training provider before deciding to use her sales skills for herself.

She initially started the company from home with her daughter, but the growth meant they soon had to find their own warehouse.

The long term aim is also to design and manufacture their own lines, which will also be sold both online and in stores.

“This is very exciting for us and we can’t wait for people in the North East to see what we have to offer,” said Lisa.

Karen Eve, Centre Director of the Bridges, is delighted that The Fashion Bible has chosen Sunderland as its first home.

“This is a great coup for the centre and amazing to have the very first stand-alone Fashion Bible store in the Bridges,” she said.

“It will not only enhance our clothing offering but also highlights the confidence that the company has in Sunderland.

“Lisa has built up an amazing brand and we are sure it will be a huge success.”