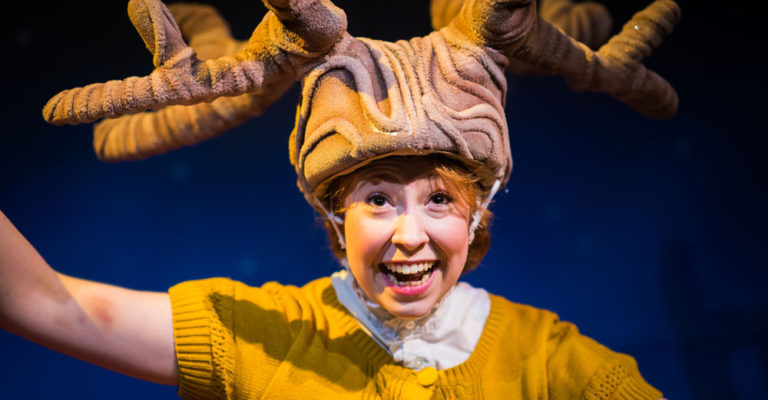 If you want something a bit different to a traditional panto this year but don’t know where to turn then have no fear! We’re highlighting a couple of the best festive-themed productions for all the family that are just a little bit different from your usual panto mould.

Christmas kicks off early at the Tyne Theatre & Opera House this year with Starlight Theatre Productions’ annual, highly popular show. ‘White Christmas’ follows the story of Bob and Phil, a vaudeville act who serve in the army during World War One returning to the act. They meet the Haynes sisters and instantly hit it off, and they end up at an inn owned by the lads’ army commander, General Waverley. But the General is much better at barking orders than running a B&B, so they all get together to put on a Broadway-styled production that’ll hopefully save him from bankruptcy before it’s too late! Featuring the timeless music of Bing Crosby, this is a mature seasonal treat no one will want to miss!

Albert is 7 years old – surely that’s far too old to be believing in Santa Claus! Besides, how does a fat man with a massive beard fit down all those chimneys? And how does he go across the world by himself in just one night? Well, Albert won’t be a doubting Thomas much longer as he’s about to get a big surprise. Santa Claus is coming to town – and straight to Albert’s house! This delightful new show blends music, puppetry and storytelling to tell how Albert went from being a Santa sceptic to Father Christmas’ right hand man. And yes, you get to meet the man himself as well!

Running alongside the production of Jack and the Beanstalk at the Gala this year is the return of Elf and Elfie in Elf’s Christmas Wish. They’re getting into their usual mischief as they’re moved to the wrapping department to make sure everything’s ready for delivery. But this is Elf and Elfie we’re talking about and they somehow manage to lose the map that helps to guide Santa’s sleigh through the sky! Disaster!

This timeless story of courage and determination is getting a brand new spin this Christmas – quite literally! The CoisCeim Dance Theatre is taking the story of The Wolf and Peter and telling the whole thing through the eyes of a break-dancing wolf – if that’s not different enough for you, who knows what is! This highly energetic dance production is guaranteed to put a smile on anyone’s face, whether you’re 6 or 106!

It’s only a few days before Christmas and Holly is wishing upon the fabled ‘Christmas star,’ the one star said to be able to grant all your wishes. Maybe Holly’s been asking for a bit much though, because she’s whisked away on a magical adventure that’s filled with fun and excitement – and she’s taking you along with her! This special one-off performance sees Holly and her newfound friends Mrs Claus, The Nutcracker Soldier, Elf and Jack Frost searching for a missing Father Christmas. There’s only six days left before the day itself, so hopefully they’ll be able to find the big fella!

If you’re in the mood for something a little bit more traditional and a little bit less high-octane before Christmas Day then you’ll probably love this storytelling performance at Bishop Auckland Town Hall. There’s still plenty of music, chills and thrills to keep everyone entertained, but this is set to be imaginative storytelling at its best. There’s a variety of tales to tell, including Little Red Riding Hood and The Wolf and the Fox, so there’s bound to be something for everyone to enjoy.