Posted on April 20th 2022 by Whats on Northeast 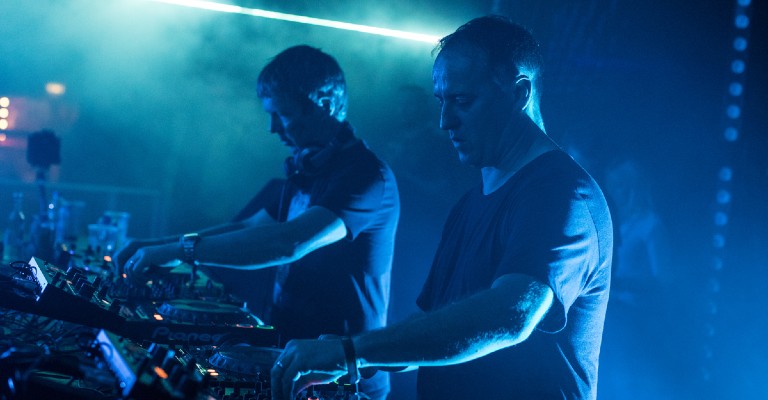 With over 200,000 monthly Spotify listeners, the Grammy award nominee took over with his Last Night on Earth parties around the globe, Sasha has brought the greatest line-ups to party-goers around the world. He has hit the world-renowned Space Ibiza with a monthly LNOE residency, which showcased the likes of Scuba, Heidi, Magda and of course Sasha himself. He also hosted his first festival arena with Last Night on Earth at SW4.

Sasha will share the stage with frequent collaborator John Digweed, a dance music legend in his own right. The superstar duo joined forces in 1993 when acid house was at the height of its popularity. Since then, the pair have toured globally bringing their innovative approach to DJing to some of the world’s biggest venues and festivals.

James Zabiela is a household name on the UK club scene. A technical wizard, the Southampton native has a command over the decks that few of his contemporaries can match. Making full use of the technology in front of him, he plays the decks like a musical instrument, utilising loops, live editing and effects to craft a DJ set that goes far beyond mixing. Over his two-decade career, Zabiela’s idiosyncratic sound has taken him across the US, South America, Asia and Europe.

Hernan Cattaneo is a founding father of the underground house scene, known by electronic music fans simply as ‘El Maestro’, Cattaneo is deemed one of the most successful DJs to come out of South America. With more than 30 years of DJing, 11 albums, 30 singles and 50 remixes under his belt, Cattaneo has shown no signs of slowing down and remains one of the go-to acts for some of the world’s biggest festivals.

Nick Warren, meanwhile, is an English DJ and record producer. He is best known as a member of the electronic music duo Way Out West, his record label and global live events company, The Soundgarden, and for his acclaimed albums released in the Global Underground series.

Offering camping, glamping and pitches for caravans and motorhomes, the Jubilee Weekender promises to offer a full festival experience on an intimate scale. The site will feature a stage with a state-of-the-art sound system, street food vendors and fully licensed bars. Glampers will also have access to showers.

A boutique event, House of Barefoot organisers have chosen to limit the festival capacity to allow ample space for festival-goers to relax and unwind while providing a club-like feel at its main stage.

Festival director Jonny Stobart commented: “You might expect to see a line up like this in cities like Berlin, New York, London and major festivals like Creamfields and Soundgarden with tens of thousands of people in attendance.

“Imagine a line-up like this with only 2000 capacity. This is exactly what we’ve created with House of Barefoot. We want to give people the opportunity to see some of the best DJs in the world in an intimate, relaxed atmosphere. See you in June!”

Tickets for standard camping, glamping and caravan admission are available now and can be purchased via the House of Barefoot official website HERE

For tickets and more information visit: