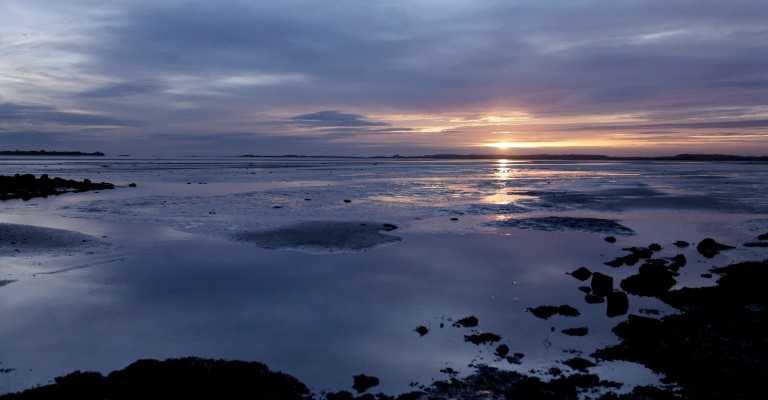 Still Point engages with sacred spaces and places of pilgrimage, transporting audiences from the site of the humble wooden structures offering refuge along Pilgrim’s Way to Holy Island, Northumberland, to contested sacred sites in Jerusalem, and the interior spaces of abandoned Syrian villages in the Golan Heights.

Suki Chan said: “Whilst filming in sacred sites in Jerusalem, I was struck by how some parts of the city have two names, one in Hebrew and the other in Arabic. How one population can ‘unsee’ another group. How one part of the city is closed off to another group – by borders which are sometimes physical and sometimes psychological.”

Still Point evokes the tension that marks these locations as places of refuge and spiritual quest – and as materially contested sites. The shifting of allegiances – changing cultural and religious identities and the resulting layering over time, the visual clues left behind are physically embodied in the locations Chan chose to film.

The entire Inspired by Lindisfarne Gospels programme is, of course, sparked by the exhibition at the Laing Art Gallery which will display the most spectacular manuscript to survive from Anglo-Saxon England, on loan from the British Library.

Tyne & Wear Archives & Museums art curators have worked with the British Library and with artists to explore the history of the Gospels, and how it can bring people together today by inspiring ideas about identity and sense of place.