Interview: Paul Metcalfe: Some Guys Have All the Luck - A Rod Stewart Story.

Posted on October 29th 2018 by Whats on Northeast 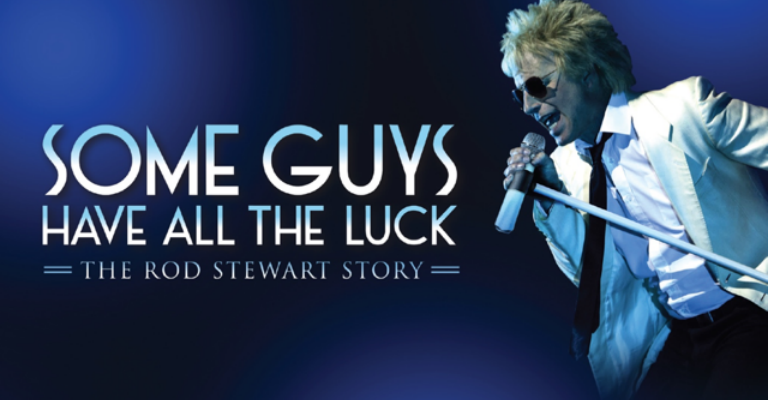 Paul Metcalfe is a talented tribute to the, what we thought was, the one and only Rod Stewart, however Paul is excellent in the role he plays as a tribute to Rod. Direct from the West End, Some Guys Have All the Luck celebrates the story of one of the most well-known rock icons, Rod Stewart. The show tells the journey of Rod’s life and highlights the luck which allowed him to pursue in his successful career, and who would be a better person to perform this than Paul Metcalf, who has been listening to Rod’s music since being a teen.

In an interview, Paul explained how, at a young age, he fell in love with Rod’s music ever since ‘Maggie May’ came out. Paul said ‘I absolutely fell in love with his voice and I just couldn’t stop playing the album’. One of the things Paul particularly likes about the music Rod performs is the friendliness and honesty displayed in the songs he sings as well as that warm personality Rod has. ‘Rod’s voice sings to you personally, and this is one of the things I try to copy the most’.

On stage, Paul doesn’t just look like the rock icon, but Paul also delivers the performance by his voice, singing down the mic as we all know Rod does, and the way he talks, especially when talking about the journey Rod had and the luck he received. ‘On stage, I deliver the energy Rod has and I have studied the moves too’. Paul has not only met Rod’s brother, but his sister as well. Both agree that Paul is the best Rod Stewart tribute that they have ever seen. What a fantastic performer he is.

In past concerts, Paul said that the highlights of the shows were the first part of the show as it tells the story about Rod which the audience really enjoy, but also the second part of the show when he performs some of the biggest hits by Rod. ‘All the audience sing along with big smiles on their faces, the atmosphere is great. It makes me feel even better about the experience of performing the show too, knowing I can deliver it in the same way Rod does and knowing the audience are enjoying it too’.

Since his first show, Paul agrees that his performances have come a long way. He explained how the team have added many new songs and that there is now a new band working alongside Paul’s voice, the audience especially like the sax player. ‘We always get on stage and just laugh’.

In the future, Paul is taking part in his Europe tour next year, as well as Australia and New Zeeland. One of the places that Paul is especially looking forward to performing at is the States. He hopes the performances grow more and more and hopefully get the chance to play at arenas when Rod retires.

Paul Metcalfe is well and truly one of the best and one of the most successful Rod Stewart Tributes there has ever been.