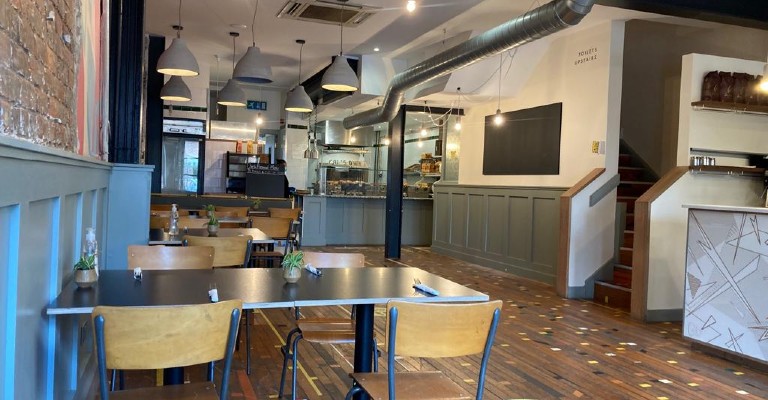 Kennedy & Rhind based at Holly Avenue West, Jesmond has been a huge hit since day one, thanks to the hand crafted pastries and savouries made by its two namesake chefs – David Kennedy and Murray Rhind.

As well as selling fresh baked goods on a daily basis and at a number of pop-ups – including Jesmond Food Market and regularly at the award-winning Blackbird pub At Ponteland – it has also become a popular dining spot.

And with that in mind, the café will be extending its opening hours on Fridays and Saturdays until 8pm from Friday 24 June, offering a new and expanded menu but with all of the usual favourites still on offer.

From Sundays through to Thursday – starting from 26 June – the café will be opening until 5pm, again in response to the demand by customers.

The new menu includes light bites featuring dishes such as carpaccio of beef with a rocket, tomato and parmesan salad, whipped cod roe, fennel, dill and watercress salad served with sourdough and a vegan soba noodle salad with crispy tofu and soy and sesame dressing.

Big bites include spatchcock harissa and lemon chicken with souk roast root veg and a confit and her salad, a blackened roast salmon, black beans and Mediterranean vegetables with an avocado and mango salsa, along with a vegan curry option.

There will also be a selection of boards available to share, including meat, fish and a vegetarian option.

The desserts include a burnt Basque cheesecake, iced Ferrero semifreddo and a strawberry frangipane pudding and custard.

“From day one we’ve always had a plan to make Kennedy & Rhind an all day location as well as offering the retail side,” said David.

“And now we’re well on the way to do that. People tell us that we’re a great spot for good food in a friendly and casual atmosphere, which is exactly what we wanted to achieve.”

But the plans don’t stop there, with the aim of introducing a Sunday lunch service in the next few weeks.