Posted on November 15th 2021 by Whats on Northeast 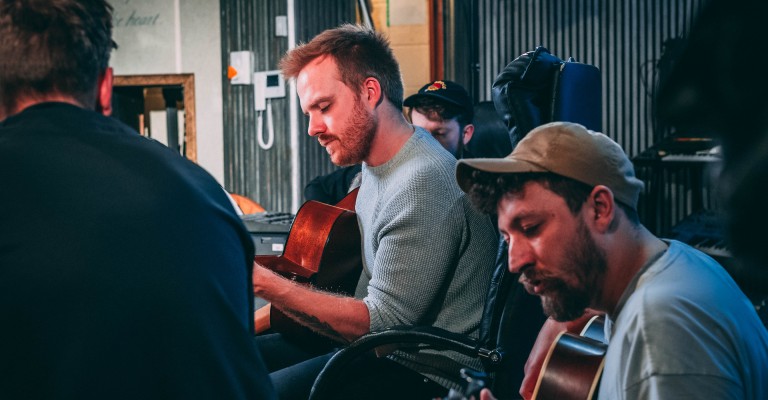 ISG, based in Sunderland, supplies performers for theatres, events and shows across the UK and now they have teamed up with Kycker, the country’s leading music distribution and publishing platform for new performers, which will help the promising artistes get their work added to online stores and streaming outlets.

Platform North East, set up with support from Arts Council England, and the Culture Recovery programme, will launch on 29 November and will be open to unsigned artists aged 16 and over who are currently working on their own material.

The successful applicants will then be invited along to take part in a series of workshops and sessions with industry experts, who can help them learn more about the industry and to help develop their craft further.

The sessions – which will run from 29 November to 3 December – will include song writing, building a stage presence, creating an audience, marketing and how to use social media, along with having an original song composed and produced in-house at ISG’s base at Sunderland BIC.

Kycker will then help the new artists get their music published – with an opportunity for it to be performed at a live event taking place at The Point, Sunderland, 9 December.

Frank Wilkes, the founder and CEO of Kycker, will be leading the coaching team, having set up the company after playing in a number of bands himself and deciding that the music industry needed to support artistes in a different way.

Joining him is creative performer, business woman and vocal coach Emma Stakes, who has worked for Simon Cowell’s Syco Entertainment and Sony on shows including X Factor UK and USA and both Britain’s Got Talent and America’s Got Talent, supporting many of the signed artists after the shows aired.

Also on the team is singer songwriter Kelsey Gill, whose music has reached four million streams with her debut solo album due for release this year.

Skinn Living drummer and singer songwriter, Rhys Anderton, who has performed alongside Kaiser Chiefs and Lewis Capaldi, and with an impressive 20 million Spotify streams will also be joining the team.

Paul Waite, CEO of ISG, believes this is an incredible opportunity for anyone serious about a career in music.

“The industry is a tough one to get into and although talent is obviously important, there are now so many factors that people need to take into consideration to succeed,” he said.

“This partnership with Kycker will give musicians all the tools they need to massively increase their chances of success, along with the opportunity to work with will real experts.

“We are really looking forward to making some incredible discoveries.”

Places for Platform North East are free for those but are limited. Applicants must be available for all coaching and performance sessions and must meet other criteria before applying.

More information about the project and the application form, is available via www.platformnortheast.co.uk. Applications close at midnight on 21 November.