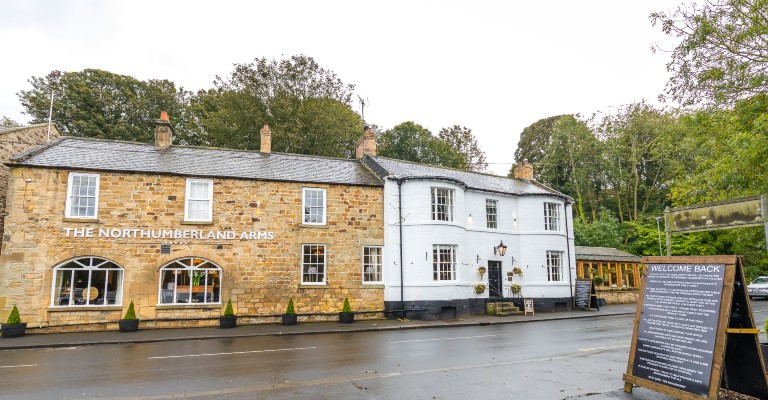 In March The Blackbird at Ponteland, Newcastle won North East Pub of the Year in the North East Tourism Awards.

And now its sister site, The Northumberland Arms at Felton near Alnwick has just been named a winner of the 2022 Tripadvisor Travellers’ Choice Awards for the second year in a row – putting the pub with rooms in the top ten per cent of hotels worldwide.

Both properties are part of the Northumberland Pub Company and have both been singled out for their attention to detail, their food offering and the general standards on offer.

The Travellers’ Choice Awards ae judged on the reviews that travellers left on the Tripadvisor site, based on consistently high standards and a positive experience.

Recent reviews include comments such as “five star service and food” “superb” and “great evening out” with an overwhelming number of excellent scores.

The Northumberland Arms, a former coaching inn built in the 1820s, has been fully restored and as well as offering a seasonal menu has six bedrooms, all with their own unique style.

Stuart Young, owner of the Northumberland Pub Company, is thrilled with the latest award.

“It has been a fantastic few months, first being named North East Pub of the Year for The Blackbird and now this amazing Tripadvisor award for The Northumberland Arms,” he said.

“Everyone knows what a tough few years it has been for the hospitality industry so we are delighted that the hard work and dedication of our teams have been recognised in such important ways.”

“The Travellers’ Choice Awards recognise the best in tourism and hospitality according to those who matter most – guests,” he said.

“Ranking among the Travellers’ Choice winners is always tough, but never more so this year as we emerge from the pandemic.

“I’m impressed with the steps that have been taking to meet travellers’ new demands and how venues have been able to consistently deliver positive experiences.”