Posted on February 6th 2016 by indigo 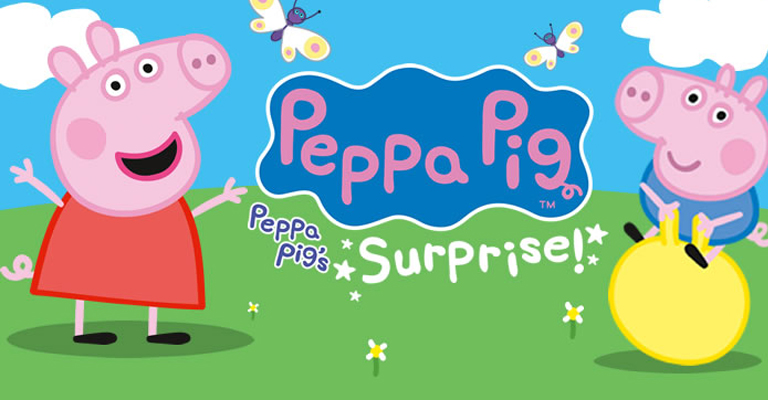 As soon as children hear the distinct ‘Peppa Pig *snort*’ theme tune on the television, it sends them stir crazy with anticipation of the latest episode cheap jerseys (or is that just my kids?) and the Peppa Pig live show at Darlington Civic Theatre at the weekend was no exception. The crowd wasn’t just alive with the sound of grumbling children, but was more of an electric anticipatory atmosphere as we eagerly awaited the big tummy of Daddy Pig and the wailing cries of Baby George and his scary green dinosaur to enter the stage.

With my eight and five year olds in tow, they were on the edge of their seats when the presenter of the show, Daisy, came out front and centre on stage in search of Peppa and her friends. With her child-friendly squeaky voice, jolly dance moves and early crowd participation, the kids (and probably some parents too!) were whooping and waving like crazy as Daisy tried to play hide and seek with Peppa, Susie Sheep and Pedro Pony. The premise of the show was that Mummy and Daddy Pig had a big surprise in store and Cutler the crowd joined in with the songs and dancing along the way in the build up to the big surprise.

Now one particular song about splashing in muddy puddles, which every Peppa aficionado will know is her cheap jerseys favourite pastime, was accompanied by water jets at the side of the stage squirting the crowd in the stalls every time the word ‘splash’ was said – and let me tell you that there were quite a few! It made me glad that we had seats in the heavens because those poor people, however much they wholesale nba jerseys were wholesale jerseys laughing, must’ve had quite the soaking by the end of the routine. However, one downside to sitting up so high was that Becas, the illusion of the characters was spoilt a little, as you could see more of the puppeteers moving the characters around than you could see the actual characters. I think if I went again, I’d certainly sit at least in the lower tier, if not the stalls. But, the kids had a wonderful time regardless so I can’t complain at all.

There was one particular scene, when the family are spending time beside the sea, where the theatre was enveloped in black and UV lights and dancing fish, jellyfish and one particularly funny crab were flying around on the stage. After having returned from our family holiday to Walt Disney World in Florida late last year, this part of the show was very reminiscent of Disney’s Under The Sea show, which sees Ariel and her underwater friends dancing around on stage in UV lights. My kids absolutely adored this part of the show.

The whole thing lasted for an hour and a half, with a small interval, and all in all it Safety was a really cute show for cheap nfl jerseys kids. Lots of crowd participation, songs (including the Peppa Pig favourite of Bing Bong Boo, sans Madame Gazelle sadly) that had the words on stage for everyone to sing along to, while Daisy the presenter made this a hit for the youngsters and their parents. In fact, my daughter whispered during the show and summed it up perfectly for me. She said: “Mamma, this show makes me so happy.” So there you have it: happiness personified by a five year old for Peppa Pig Live!