Posted on September 7th 2017 by Whats on Northeast 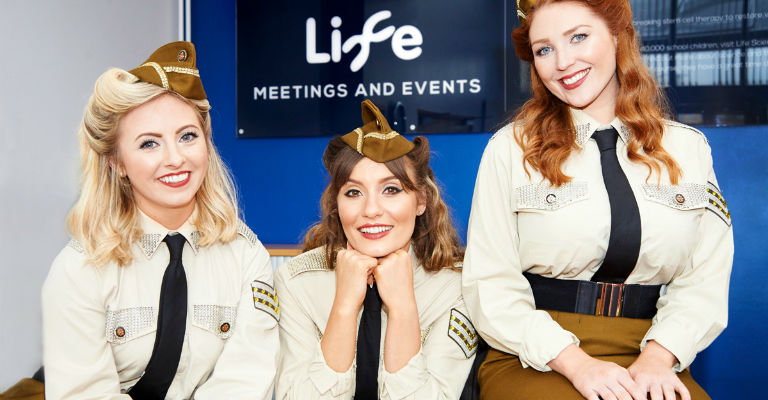 For some, the 1940s might best be remembered for being the decade where World War II raged for almost five years before ending in 1945. Perhaps what you might not know is that it was also an age of technological and scientific development. The 40s gave us one of the very first computers, the development of radar and jet aircrafts, the rise of commercial television and the microwave oven (and the Tupperware to keep those microwaveable goods fresh!) It was even the decade that some iconic recreational items were invented, including the Slinky and Frisbee.

So perhaps there’s no better place to celebrate the decade than at the Life Science Centre! They’re hosting a canteen party inspired by the decade on 15th September, which promises music and dancing, and the talents of singing trio The Bluebirds. There’s also set to be a four course meal set on tables themed to represent everything from Bette Davis to the Battle of Britain.

The menu might be inspired by wartime, but rest assured that there’s no rationing going on here! Kicking off with an Oslo meal of oatmeal bread, vegetable crudités, Swiss cheese and “air raid” apple chutney, the main course consists of a delicious Lord Woolton Ministry of Food pie, complete with meat or veggie gravy. If you’ve still got room, then there’s clementine and prune flan with custard and tea with Anzac biscuits. There’s also cocktails available too…

Don your khakis, tea dresses and zoot suits and get ready for a 40s-inspired canteen party like no other!