Posted on September 3rd 2018 by Whats on Northeast 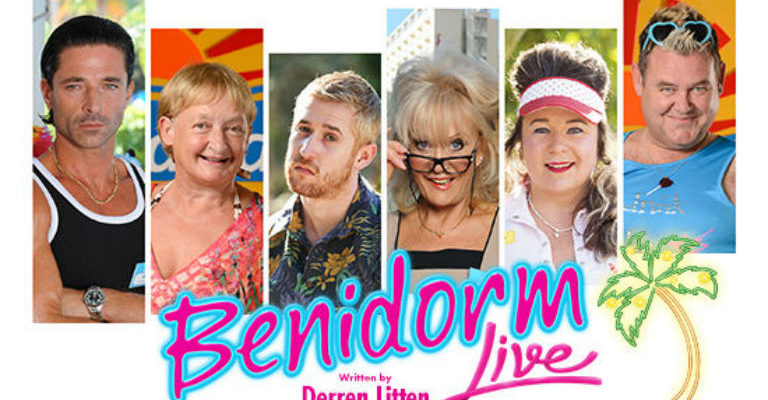 Although residents of the Solana hotel have drunk their last sangria on the small screen, North East fans of the hit ITV comedy Benidorm can rejoice because Benidorm Live, the new stage show based on the TV programme will premiere at Newcastle Theatre Royal, starring six of the original TV cast.

Set to bring a heady dose of Spanish sunshine and smiles to Newcastle audiences, the first ever stage version of Derren Litten’s award-winning ITV comedy Benidorm Live opens on Friday 7 September at Newcastle Theatre Royal prior to a major national tour.  It will run for two weeks until Saturday 15 September.

The show is also co-produced by Newcastle’s own Michael Harrison, the wunderkind behind our spectacular annual pantomime and West End hits The Bodyguard, Gypsy, Sunset Boulevard, Annie and Young Frankenstein.

Litten has written a new set of Alicante escapades for the debut stage production of the hugely popular show.  On making its transfer, writer Derren Litten said: “I’ve loved ten years of writing my TV show Benidorm but despite a successful writing career I’m first and foremost a performer so have always been secretly frustrated I couldn’t hear the audience’s laughter. This national tour of Benidorm Live will not only make a long lasting dream come true but will also mean I no longer have to stand in strangers gardens listening at their windows at 9 o’clock on cold winter evenings.”

Last year ITV’s smash-hit comedy celebrated a decade of all-inclusive hilarity, having followed the ensemble cast of holiday makers and staff for nine series since the first episode in 2007. Season 10 was broadcast earlier this year and the final ever episode aired on 2 May 2018.

The show is produced for the stage by Michael Harrison and David Ian.

Benidorm Live premieres at Newcastle Theatre Royal on Fri 7 Sep 2018 and runs until Sat 15 Sep, playing evenings at 7.30pm, matinees on Thu 2pm and Sat 2.30pm. Tickets are from £16.50 and can be purchased from the Theatre Royal Box Office on 08448 11 21 21 (Calls cost 7ppm plus your phone company’s access charge) or book online at www.theatreroyal.co.uk