PREVIEW: BRASS BANDS RETURN TO THE AMPHITHEATRE THIS SUMMER 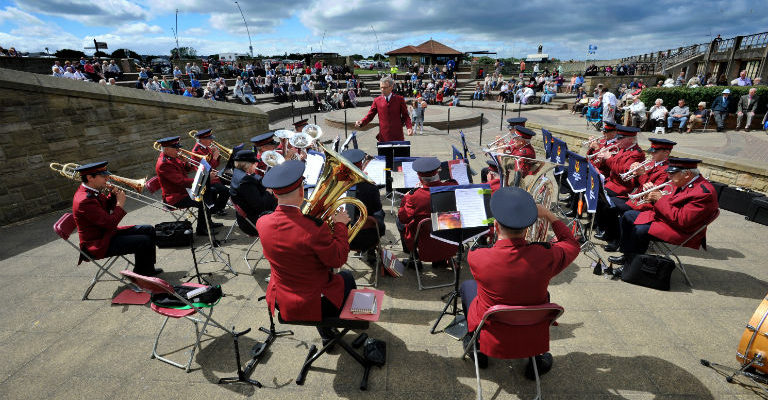 SOUTH SHIELDS music fans are invited to make the most of some bold as brass entertainment this summer.

Brass bands from across the region will perform at a series of free outdoor concerts at the Sandhaven Amphitheatre, as part of the South Tyneside Festival.

The popular shows are sponsored by Minchella & Co and take place as part of the three-month entertainment programme which is organised by South Tyneside Council.

Councillor Alan Kerr, Lead Member for Culture and Leisure at South Tyneside Council, is delighted that the brass band concerts are returning.

“There is a packed programme planned for the summer months in South Shields and one thing in particular I always look forward to are the brass band shows,” said Councillor Kerr.

“The concerts are the perfect excuse to plan a day out at the seafront and see some fantastic musicians free of charge.

“I expect the shows will appeal to a wide range of people and they are sure to be very popular.”

The South Tyneside Festival is supported by BBC Newcastle 95.4FM.