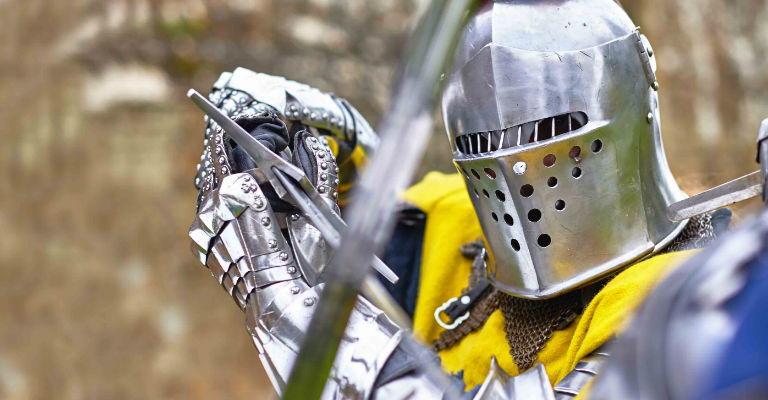 Are you prepared to feel the heat of a fiery contest?

Over two days on 29th-30th July, Tynemouth Priory and Castle is playing host to the bravest knights from the realm as they come to show their prowess in a spectacular Knight’s Tournament. They’ll be brandishing blades and bows and facing each other in tests of strength and skill in two very different disciplines: archery and swordsmanship. But who will come out on top when it comes to accuracy and brute force? There can only be one winner, after all…

If the heat of the clashes of steel gets just a little bit too much, then don’t worry, there’ll be plenty of time to cool off and discover more of what’s going on at the event. As well as the tournament, the Priory and Castle will play host to some merry musicians to serenade you as you explore the medieval encampment. There, you’ll also be able to find some delicious sustenance in the form of authentic, fire-cooked food.

Little warriors will also get the chance to show off their skills! They can demonstrate their bravery and let everyone know that they’ve got what it takes to one day become a knight by joining the men in shining armour for some battle drills. Maybe they’ll even get promoted to squire!

If you’re after some historical family fun, this is one tournament that won’t disappoint!