Posted on August 19th 2019 by Whats on Northeast 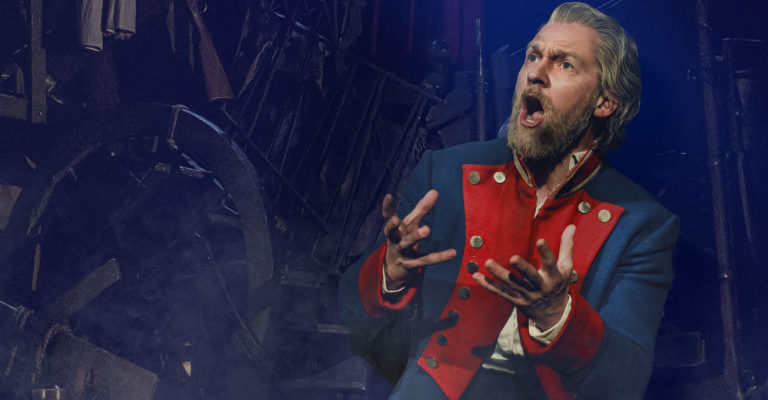 Les Misérables marks a triumphant return to Newcastle Theatre Royal for Cameron Mackintosh following the hugely popular runs of Mary Poppins in 2016, Barnum in 2015 and Oliver! in 2012 and the epic eight week run will be one of the longest for a musical in the venue’s history.

The lead character of ‘Jean Valjean’ will be played by Killian Donnelly. Having previously thrilled audiences in the role in the West End production, he first joined the company of Les Misérables in 2008, going onto play the role of ‘Enjolras’ from 2009 to 2011. In 2010, he played the role of ‘Courfeyrac’ in the 25th Anniversary Concert of Les Misérables at The O2 Arena and also played the role of ‘Combeferre’ in the multi-award-winning film of the show, released in 2012. His other theatre credits include: Kinky Boots, Donegal, Memphis, The Commitments, Billy Elliot and The Phantom of the Opera.

Joining Killian Donnelly will be Nic Greenshields as ‘Javert’, Katie Hall as ‘Fantine’, Martin Ball as ‘Thénardier’, Sophie-Louise Dann as ‘Madame Thénardier’, Harry Apps as ‘Marius’, Tegan Bannister as ‘Eponine’, Will Richardson – who is returning to Newcastle Theatre Royal having appeared in the 2016/17 panto Cinderella – as ‘Enjolras’ and Bronwen Hanson as ‘Cosette’.

Since Cameron Mackintosh first conceived this new production of Les Misérables to celebrate the shows 25th anniversary in 2009, it has taken the world by storm. It also inspired the hugely successful movie version starring Hugh Jackman, Anne Hathaway and Eddie Redmayne.

This brilliant new staging has scenery inspired by the paintings of Victor Hugo, and has been seen in North America, South America, Korea, Japan, Canada, Australia, Spain, France, Manila, Singapore, Dubai and Broadway.

Based on Victor Hugo’s classic novel, Boublil and Schönberg’s magnificent score of Les Misérables includes the songs, “I Dreamed a Dream”, “On My Own”, “Stars”, “Bring Him Home”, “Do You Hear the People Sing?”, “One Day More”, “Empty Chairs at Empty Tables”, “Master Of The House” and many more.  Seen by over 120 million people worldwide in 45 countries and in 22 languages, Les Misérables is undisputedly one of the world’s most popular musicals.

Les Misérables plays Newcastle Theatre Royal until Sat 5 Oct 2019 with the final tickets remaining selling fast. Ticket prices start from £23.50 and can be purchased from the Theatre Royal Box Office on 08448 11 21 21 (Calls cost 7ppm plus your phone company’s access charge) or book online at www.theatreroyal.co.uk