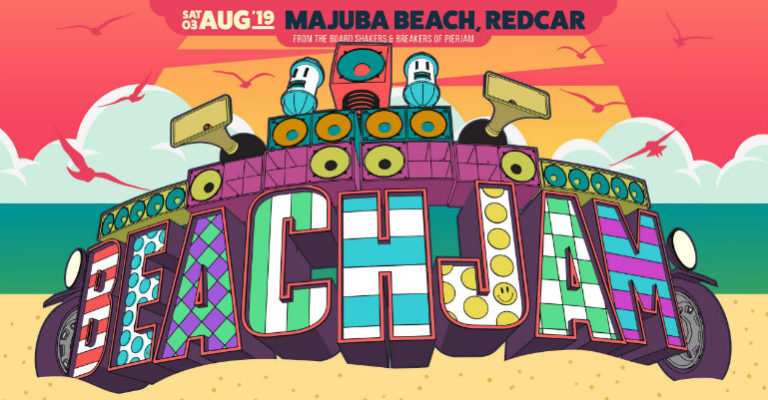 The revered DJ / Producer & Remixer, who is responsible for creating some of the defining sounds and biggest tracks of early house & smashing the UK top 10 charts in recent years with his singles such as ‘17’, ‘Back & Forth’,”Piece of Me’ & remixes of Storm Queen’s ‘Look Right Through’ & Wanklemut’s ‘My Head Is A Jungle’ is set to make waves at the launch party of the new boutique festival

Joining MK, we welcome none-other than Sonny Fodera who will bring his thrilling style of authentic house music to Majuba Beach on Saturday 3rd August. A pacesetter in his own right and a citadel of bouncy, assertive grooves, Fodera observes crowds and converses with the dance-floor with an air of someone who has seen it and done it all. As an in-demand producer he has had countless hit’s released on premiere house music labels ‘Cajual’ & ‘Defected’ all praised by some of the genre’s most established veterans including Cajamere, Derrick Carter right through to the ‘Godfather of house music’ himself; Frankie Knuckles.

Without a doubt one of the most vital and influential house music artists of the present day; Low Steppa, will also be taking to the decks at the summer-time festival. For many years Low Steppa been producing some of the finest house and bass music around and touring the globe and remains very much at the forefront of the bass music scene, with his productions gaining support from some of the industry’s biggest names including Kenny Dope, Todd Terry, Huxley and Shadow Child. On top of which, gaining radio support from the likes of Mista Jam, Cameo, Target, B Traits, Toddla T, Zane Lowe to name a few.

Eli Brown, who has rapidly established himself as an artist of real distinction in the house world, with Repopulate Mars, ViVA, Toolroom & more all recognising Brown’s raw talent, will also be joining MK, Sonny & Low Steppa at the day time party. If you’re looking for dance music with character, you’re in the right place.

Having moved with enviable ease between these two distinct musical scenes, Eli Brown’s talent in merging the weighty Bristolian bass lines of his D&B past with the classic vocal hooks and caustic synth melodies of house music has been a runaway success, with his unique take on club music already finding its place as a dancefloor staple.

DJ S.K.T will also be taking to the BeachJam decks and is without question one of the hottest talents in the UK club scene. The man behind 2015’s huge ‘Take Me Away’ as well as countless other club anthems, DJ S.K.T is one of the hardest working producers and most in-demand DJs around, and with a new weekly residency on Kiss FM can now count tastemakers such as Annie Mac, Pete Tong, Danny Howard, Mistajam, DJ Target, MK, Roger Sanchez, Amine Edge & Dance and Idris Elba among his legions of fans.

A producer, DJ, and label manager, DJ S.K.T specializes in all forms of dance music – from deep and soulful house, garage & experimental bass, all tied together with a common thread of working a dance floor.

The debut BeachJam summer event, brought to you by the board breakers & shakers of PierJam, some of the biggest day time summer parties in the North West of England, which launches this summer at the North East’s stunning Majuba Beach  will also feature a host of festival attractions including a fun fair, an array of festival stalls and top food traders from the region, as well as an exclusive VIP chill out zone overlooking the main room stage action with it’s own private bar for VIP ticket holders.

Tickets for BeachJam are on sale now at www.beachjam.co.uk, VIP Tickets are also available which include Fast track q-jump entry & access to the VIP Chill Zone with it’s own private bar & toilets.