PREVIEW: OUT OF THIS WORLD ENTERTAINMENT ADDED TO SUMMER PARADE

Posted on July 1st 2019 by Whats on Northeast 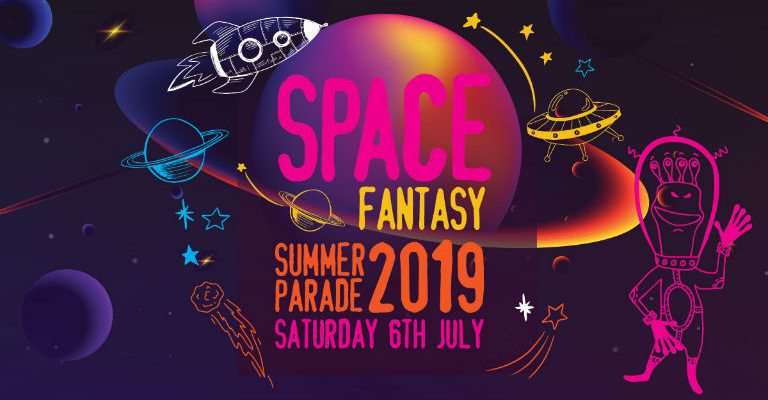 GRAVITY-DEFYING acrobats and other-worldly visitors are heading to South Shields this summer.

And those planning to make the most of the entertainment in Bents Park at the end of the route can see the Space Fantasy theme brought to life with Heliosphere and Are We Alien.

Suspending an acrobat underneath a large helium balloon, the Heliosphere creates the illusion of flying in an aerial show which has impressed audiences around the world for more than two decades.

Parade-goers can also look out for Are We Alien, a pair of extra-terrestrial characters who will be roaming the grounds, using humour and mimicking in a bid to learn more about how humans interact.

And the Wonky Olympics will be on hand to entertain visitors of all ages with its comedic assault course – complete with sweatbands, hula hoops and a tiny megaphone.

Councillor Alan Kerr, Lead Member for Culture and Leisure at South Tyneside Council is confident the performers will put on a great show.

“I always look forward to seeing all of the talented acts at Bents Park following the Summer Parade and there is an excellent line-up this year,” said Cllr Kerr.

“The event attracts visitors from far and wide and this year is certainly shaping up to be one that is not to be missed.”

Those heading to the park will also be able to try temporary glitter tattoos, get their faces painted and visit the beer tent, with a bar, musical entertainment and space-themed children’s craft activities.

Richard Ord Jr, of Colmans Seafood Temple, said: “The town is buzzing during the summer months thanks to the South Tyneside Festival and we are delighted to be supporting the event for another year.

“It’s a fantastic day out for the whole family and it sounds like this year’s parade and entertainment will be one of the best yet.”

The festival is supported by BBC Newcastle 95.4FM, Colmans of South Shields, The Sea Hotel, South Tyneside College, Port of Tyne and the parade also receives public funding from the National Lottery through Arts Council England.