Posted on October 29th 2018 by Whats on Northeast 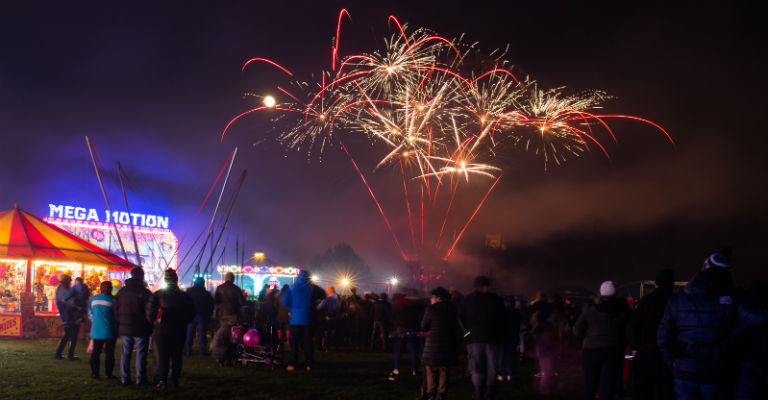 With the Guy Fawkes night celebrations only a week away Stanley Events, organisers of Riverside Fireworks, are urging people to buy their tickets in advance to avoid disappointment as tickets are selling fast.

The circus themed Riverside Fireworks will feature a spectacular fully choreographed fireworks display accompanied by a musical extravaganza of songs from the hit musical The Greatest Showman.

The event will once again feature a whole host of entertainment for all the family with a funfair, food and refreshments, a fully licensed bar and a kids fancy dress competition!

Stanley Events are also delighted to welcome the fantastic Britain’s Got Talent semi-finalist Jamie Lee Harrison and outstanding three-piece band Jennison who will provide live music adding to the atmosphere at this year’s unmissable event.

Born and raised in Newcastle, Jamie is a popular part of the North East music scene.  An incredible 2017 saw Jamie performing on live national TV, coming third in the Britain’s Got Talent Semi Final, to completing his own headline tour.

This year is set to be a breakthrough for the young writer.  Jamie has recently signed a record deal with Humble Angel Records and his first single called ‘Powerful’ was released on 12th October 2018.

Jamie Lee Harrison, said: “I’m really looking forward to performing at Chester Le Street Fireworks this year. It looked amazing with last year’s headliner Channy and I was super excited to be asked to headline this year. I have fond memories as a kid playing at Riverside Park so it’s a huge honour for me. The crowd will be big and the fireworks even bigger so I can’t wait!”

Three piece band Jennison will also be performing.  North-East band Jennison are one of the most talked about bands of the moment! Having just finished a nationwide tour, this outstanding pop group can’t wait to take to the stage at Riverside Park.

Jennison are on the brink of stardom having recently written songs with Grammy and Ivor Novello award winning songwriter Eliot Kennedy who has worked with the likes of Take That, Spice Girls, Bryan Adams and Aretha Franklin!

Fronted by the outstanding vocalist/guitarist Will Jennison, their most recent song Sky Is The Limit, is the perfect song to accompany a colourful sky of fireworks!

Will said: “We love performing across the country but it is always special to be in front of a local North East crowd. We can’t wait to be part of the celebrations at Riverside Park. It’s going to be a fantastic night.”

Riverside Fireworks takes place on Sunday 4th November 2018, at Riverside Park, Chester-le-Street. The gates open at 4.30pm and the display will begin at 6.30pm.  Tickets are available to buy now from: www.riversidefireworks.co.uk at £5, and children under 6 go free! If any tickets remain they will be sold on the night at an increased price. There are a limited number of on-site parking spaces available to buy via the website.

The event is held in partnership with The Fire Fighters Charity.

For more information, and updates on entertainment, you can also find details on Facebook at www.facebook.com/RiversideParkFireworks and www.riversidefireworks.co.uk.