Posted on November 27th 2017 by Whats on Northeast 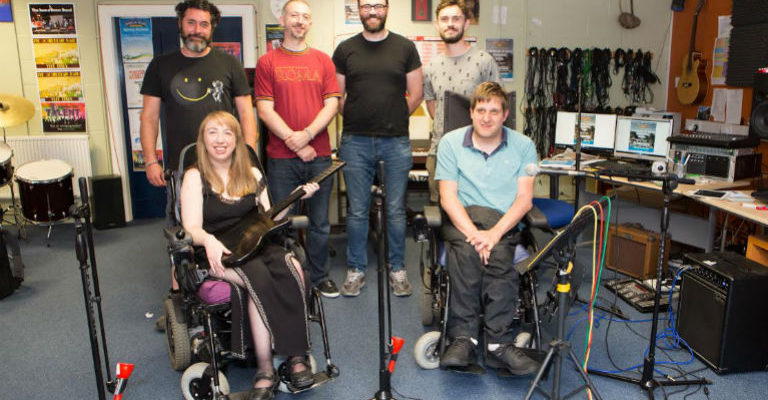 Organiser Alistair McDonald will host “Chase Park Presents” at the Cluny 2 on Monday 27th November on the back of another memorable Chase Park Festival this summer and will feature one of the event’s on-going star attractions, the electronic outfit, The Soundbeam Band, whose members happen to have disabilities.

The event – which is set to be the springboard for further one-off live gatherings in some of the North East’s most respected independent venues – will be hosted by stand up comedian Joe King and bids to raise awareness around the issue access for disabled music fans and artists in the UK.

It is also poised to provide a never seen before opportunity for disabled musicians to perform in front of a live crowd and develop the disabled talent of tomorrow.

Reacting to the launch of Chase Park Presents and the forthcoming debut show at The Cluny, Alistair McDonald, said: “We have discovered with our partner the Percy Hedley Foundation that there are quite significant barriers to disabled musicians finding opportunities to perform and we want to make sure we can use the festival as platform for musicians.

“But the festival only runs once a year, so by hooking up with some of the great venues we have here in the North East, we’re determined to raise the bar even further”

“The festival this year was a massive success, we want to make sure that we maintain momentum and continue to promote the talent of the artists who perform for us on the day”

“The Cluny 2 is one of the few venues with an accessible stage area, so it was an obvious choice to start our new venture here. The team there are very supportive of what we are doing. The event is targeted at music fans! It’s also targeting people who might be thinking of performing or getting into music, they might be inspired by this and start performing too.”

Chase Park Festival Presents will see a combination of artists – who have headlined and performed at the festival on its second stage – head to the Cluny in November and, along with Soundbeam Band, it will feature rock n rollers The Twist, MC Venom, DJ G, and The Boss.

Speaking about the new partnership and The Cluny’s commitment to making music accessible to all, General Manager, Mick Rolf, adds: “We’re big believers here at The Cluny that music is and always should be something that is for absolutely everyone! Which is obviously an attitude the guys at Chase Park share and act upon.

“Despite structural limitations of The Cluny we try to be as accessible as we possibly can.

Since taking over The Cluny earlier this year, we’ve looked at how we can improve on this further and we’re currently in the process of gaining accreditation on the Attitude is Everything charter of best practice.”

Tickets for Chase Park Presents at The Cluny 2 are on sale now priced at just £5 via See Tickets:  seetickets.com/event/chase-park-festival-presents-/the-cluny2/1174880