Posted on September 14th 2017 by Whats on Northeast 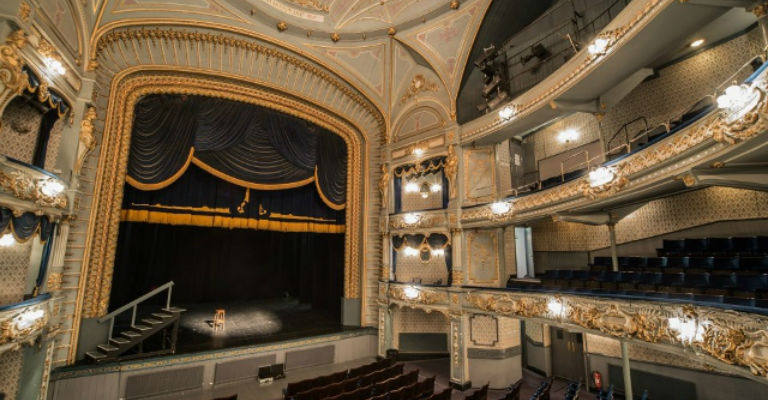 With the Tyne Theatre & Opera House turning 150 during their latest show, it seems entirely appropriate that their in-house company Tyne Theatre Productions should be helping to celebrate the historic milestone.

And why not? The Production team have had a long run of spectacular performances over recent times, including ‘Sweeney Todd,’ ‘The Pirates of Penzance,’ ‘Oklahoma!’ and the recent success of ‘Little Shop of Horrors,’ and now they’re back with an absolute classic in the form of ‘West Side Story.’

It’s one of the most memorable musicals of all time, and with good reason: Leonard Bernstein’s music and Stephen Sondheim’s lyrics help to bring the innovative retelling of Shakespeare’s ‘Romeo & Juliet’ to life. The romance is transported to New York City, as two idealistic lovers find themselves caught between two warring gangs: the “American” Jets and the Sharks, made up of immigrants from Puerto Rico. Their love blossoms despite the prejudice, hate and violence that brews between the rival groups, and as the clash between the “all-Americans” and the “outsiders” heats up, it becomes a tale that’s still thoroughly relevant to contemporary times.

As ever, expect a lavish, pitch-perfect performance from the Tyne Theatre Productions team, one that could have been taken straight from Broadway or the West End. Plus, funds raised from the performance will contribute towards the preservation and future restoration of the theatre itself. That’s hardly a tragedy!