Posted on August 12th 2019 by Whats on Northeast 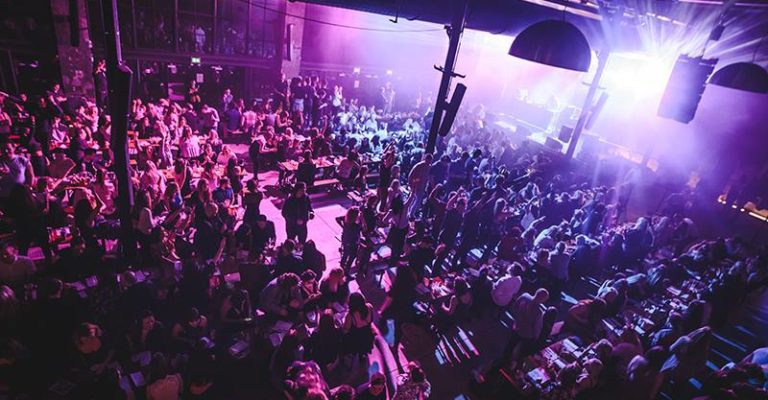 Wow. Just wow. Last week I went to Bongo’s Bingo at Newcastle Boiler Shop for the first time and it was amazing! I had been wanting to see what the buzz was about for a long time so I already had a good feeling about the night, but I can say that I had a better time than I imagined. If you’re the ultimate party animal and likes a game of bingo, this fun and bouncy game of bingo is just for you!

Now, let me tell you, Bongo’s Bingo is not any ordinary game of bingo, it is full of partying, dancing on tables, funny and unique prizes, dance offs and so much more! Where do I begin? I went with 5 other people and I can confidently say we all had the best time. The games started and the prizes were announced. The prizes throughout the night consisted of money, bottles of alcohol and many more random but wonderful things such as Coco Pops, a Henry the Hoover, giant inflatables and of course, the well-known fluffy unicorn, and the best thing is the money prizes go all the way up to a fantastic £500.

There was six games of bingo all together, but it wouldn’t be Bongo’s Bingo without a bunch of stereotypical bingo sayings, such as ‘Knock at the Door’ and ‘Lucky 7’, as well as the exciting range of music! Every time a song came on, that was the cue to jump up and start dancing on the tables. Yes, the tables, well the benches for safety reasons. The music had everything from Tom Jones to Children of the Night and more rave classics, to All I want for Christmas is You, Sweet Caroline, Grease and many more of those classics we all know! But as soon as the music stops, you have to go back to concentration, take your seat and continue your game of bingo. Everyone wants to win, but if there’s a draw, that shouts for a dance off on the stage! Possibly one of the most funny and awkward things to watch…

One of my favourite parts of the night was the glow stick party. The lights went off and thousands of glow sticks were thrown out into the crowd added with some 90’s rave. Everyone went crazy, jumping up and down waving their glow sticks, but of course we all had to calm down again and continue the game afterwards!

However, the best bit for me was looking around and seeing everyone stood up dancing and singing, having the best time before the confetti cannons went off. The confetti and the lights created so many different colours and music matched everyone’s mood perfectly, it was amazing to watch. To finally kick off the end of the all the games, everyone gathered to the front and closer to the stage before having a massive party. All the best songs came on to dance to and we suddenly went from playing 6 games of unique bingo to being in a club!

I can honestly say that I had one of the best times and really enjoyed it. Everything about Bongo’s Bingo was just so fun and exciting, I can’t wait to go back again. The Newcastle venue was great as the Boiler Shop was so big, there was so many people, and it was also really easy to find (I just followed the directions on Google maps from the train station).

I would say that this is one of those things that everyone should experience. It was so unique from anything else I have ever been to and I would defiantly recommend to those who like dancing and partying. It is one of the most fun nights out I have been to and is amazing to experience with a bunch of close friends or family. However, due to being so popular, the tickets do sell out strait away so I would recommend booking early. To find out the future dates for Bongo’s Bingo, go to – https://www.bongosbingo.co.uk