REVIEW: Catwalking - Fashion through the Lens of Chris Moore 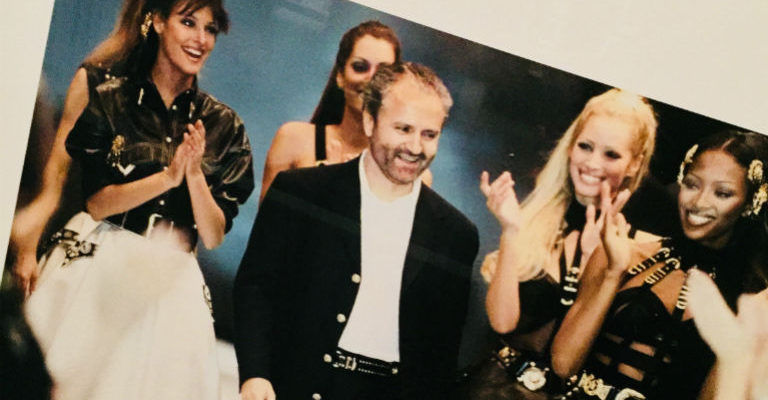 In the world of fashion, and photography, anyone who is anyone has been photographed by the magnificently talented Chris Moore. Born in the North East, for 6 decades Chris has captured the most beautiful models #catwalking wearing the most iconic fashions, created by some of the most world–renowned designers. Since 1954, Chris has documented the ever evolving world of fashion, starting his career at Vogue’s in-house photography studio in London and as one of the UK’s longest-serving catwalk photographers, it’s wonderful to see his extensive career come full circle and be celebrated in his native North East.

Chris’ passion and tenacity has seen him grow from capturing intimate Parisian showroom presentations, before the days of a runway show and the term catwalk didn’t exist, to globetrotting to fashion weeks in London, Paris, Milan and New York. In the beginning of his career, when fashion houses were very controlled and particular in which designs were seen for fear of copying, Chris still captured pictures that would not be published today. Images of the worried faces of design house bosses wondering what reception their collections would rouse. There wasn’t that level of ‘PR’ back in those days and Chris has always had a knack of catching the right shot’s at the right time; everything casual and off the cuff. Before the days of wannabe fashionistas, the front row, or FROW as those in the know call it, of runway shows would be filled with photographers waiting eagerly to get the perfect picture, despite the heckles from those in the rows behind. But soon everything changed and the ‘pit’ was created; the spot at the end of the runway so viewfinders could catch the best shots in the house as the eagerly anticipated models wearing the design house collections debuted.

In 2000, he launched Catwalking.com, a website that has become an essential source of, and dedicated to, catwalk imagery for the fashion and journalism world. And last year saw Chris document his photographs into ‘Catwalking’, a coffee-table book published in collaboration with fashion writer Alexander Fury. So it’s no surprise that the Catwalking collection is being exhibited; which I am so pleased about!

Chris has scoured his extensive catalogue of images (most of which is stored in his loft at home!) and has curated 230 of his fashion show photographs, some of which have never been seen, to be exhibited at The Bowes Museum in Durham from 7 July 2018 – 6 January 2019. However, as if the exclusive opportunity to see the original photographs wasn’t enough, in collaboration with the design houses, 30 of the actual garments in the pictures have been loaned to the museum for the exhibition so visitors can get a glimpse of the garment both in real life and through the lens of a fashion show legend.  I found that having the two together was such a neat concept because, as much as the pictures look fabulous, and are an art form in themselves, being able to actually see the garments with the naked eye, including all of the build quality and details, is fully immersive, and knowing they’ve been worn by some of the most photographed women in the world, was very much a ‘pinch me’ moment.

The Bowes Museum is the epitome of perfection when it comes to hosting exhibitions of this nature as the museum is celebrated for its art, fashion and design. Of course who can forget the previous YSL and Shoes exhibitions that have graced Durham in previous years and ‘Catwalking: Fashion through the Lens of Chris Moore’ was just beautiful. Set over 3 galleries within the museum, fashions evolution from haute couture to ready-to-wear lines is chartered stunningly through Chris’ keen eye around the French chateau style building, and you could almost image the likes of French fashion house Chanel calling it home! As you walk around you can almost feel the industry as a living breathing thing. The constant state of change and growth is evident as you move from garment and picture and then room to room as you go on fashions journey. The curators have done a wonderful job of immersing the visitor in Chris’ life and the sense of, as I mentioned earlier, being in the presence of the clothes is very heady. What an amazing life Chris has lead and I urge anyone who is remotely interested in fashion and photography to go and see the exhibit as it really was breath-taking. I brought along my niece who is studying fashion and journalism, and is a keen photographer herself, and her face was priceless from the moment we entered. Like two giddy girls, (I’d even donned my John Galliano for Christian Dior Saddle bag in homage) we ‘ooh’d’ and ‘aah’d’ over every ounce of the exhibit and fell in love with everything. I kept wishing I could fit into the red Valentino dress that Christy Turlington wore; it was so ‘Breakfast at Tiffany’s’. And, if I had to choose my favourite picture from the collection, it would be the one of Gianni Versace doing his end of show walk with Naomi, Linda, Cindy & Christy clapping adoringly beside him. I felt that shot was synonymous with the fashion industry and the rise of supermodels.

I do quickly have to mention the Alexander McQueen gallery (of which you aren’t allowed to take any photos) with the gold feathered dress and the infamous armadillo shoes. They certainly aren’t to be missed! Chris was the only person who photographed Alexander’s collection after his death and he mentions that even the music moved him to tears.

So whether your personal style is more kooky like Comme des Garçons or you like the clean lines of Oscar de la Renta and Valentino, the exhibit really does have something for everyone.