Posted on October 30th 2018 by Whats on Northeast 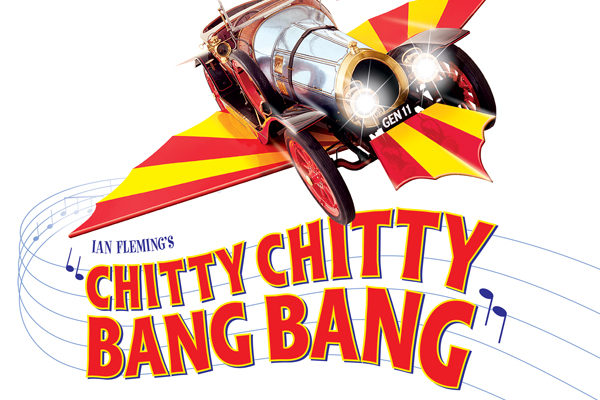 Once again, Darlington Operatic Society prove that they are capable of producing a supremely professional, highly energetic and original show which will appeal to the whole family.

Chitty Chitty Bang Bang, the much loved children’s tale penned by Bond creator Ian Flemming, lives long and fond in the memories of almost every child.  The quintessential Disney-styled family unit of one missing parent and the trials of the other bringing up two delightful, if somewhat spirited, kids alone is instantly recognisable.  Coupled with the magic of a flying car, the subterfuge of spies, the peril of being captured in a far away land and the villainous Kiddie Catcher there’s not much missing for children to lose themselves to.

Of course, the movie brought to life the characters of Caractacus Potts, Truly Scrumptious et al and through the 1968 Roald Dahl production, most peoples’ personalisations of the characters were set.  To many, Dick van Dyke will always be the hapless inventor, Sally Ann Howes the eponymous Truly and Robert Helpman the stuff of kindergarten nightmares.   It is therefore because of the fondness for the film that any company attempting to put on a stage production will have an additional hurdle to vault – that of persuading the audience that their versions are just as worthy of belief.

DOS have never been one to shy away from a challenge and their opening night performance of Chitty once again demonstrates they have a massive pool of talent to draw on.  Taking the lead as Potts the inventor is Julian Cound who warms into the role and is at his most charming when interacting with his on stage children, the wonderful Matthew Scott & Alix Lennie (who were mesmerisingly good).  Despite now being one of the senior statesmen of the society, Julian’s energy and enjoyment is there for all to see, his careful nurturing of the young cast making them at ease to relax and perform as rehearsed.  Julian has always had a great stage voice and once again he demonstrates his range throughout, though there may be some who would doubt his ability to sing the kids to sleep with a rather powerful rendition of Hushabye Mountain.  Playing opposite Julian as the delicious Truly Scrumptious is DOS’s own theatre superstar Beth Hopper – Beth has the purity of voice and stage grace worth the admission fee on her own and shows genuine maternal care towards Matthew and Alix.  Whether playing a fairy godmother or a potential glamourous step-mother, she lights up the whole auditorium.  Completing the Potts gang is the last stalwart of the Empire, Grandpa, played by David Murray who manages to blend Lionel Jeffries with Blakey from On the Buses to brilliant effect.

Of course, the titular star needs her own mention – Chitty is a wonderful creation and through very clever stage management and lighting, the sailing and flying scenes are brilliantly believable.

The challenge for choreography and direction is in ensuring scenes without Chitty are not simply seen as fillers until the magical mechanical star returns; of course, the anthemic title song makes this rather difficult but by allowing both the Vulgarian spies (Nick Myers and Eddie Taylor-Jones) and the Baron and Baroness to impart some humour, Director Joanne Hand has overlaid genuine comedy to compliment the traditional musical storytelling.  I doubt there has been a funnier double act seen on this stage (in either guise) who could beat Hannah Teasdale and Leighton Taylor-Jones – their chemistry as the toy mad Baron and his child-phobic wife is pure comedy gold worthy of a spin off show all of their own.  With more than a few hidden naughty winks for the adults they border on pantomime without ever threatening to descend into a festive farce and I would urge any producer to check them out.

As always with a DOS production, the ensemble provide high energy dance routines and plenty of rousing choruses, giving the audience exactly what they hope for and expect – a wonderful family night which is guaranteed to leave you with an ear-worm for your journey home.

Due to the nature of casting and the younger members of the team, there are two separate casts for a number of the roles, as such some of the roles mentioned in this review may be played by others in subsequent performances but they will all come with the DOS seal of quality.