Posted on March 14th 2019 by Whats on Northeast 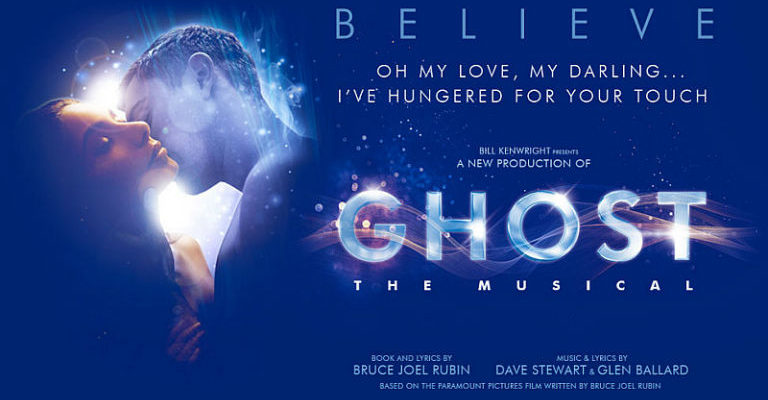 Based on the 1990s film Ghost, staring Patrick Swayze, this musical featured a story line which would tug on anyone’s heart strings as well as songs that we all know! The story is about a couple, Molly and Sam, who are madly in love, but after Sam tells his best friend Carl about some large amounts of money, Sam is suspiciously murdered. Was this a setup? Or just a slight misunderstanding with a thief? Either way it was a massive tragedy! As a ghost, Sam fails to make the transition into heaven, but this way he can warn Molly about the dangers of the man who murdered her partner…

The twist in the story comes along with good old Oda May, played by Jacqui Dubois – a fantastic character with a strong and somewhat emotional role in the musical, and musical she does bring! The character can sing and dance and strut her stuff, and as a psychic she is not afraid to tell the spirits where to go! Maybe a fraud at first, but by the end of the story it is beautiful to see how Oda May helped the couple as well as helped Sam protect Molly from the dangers of Carl, a ‘friend’ she thought she could trust. Molly was going through a “long, lonely time” without Sam, but Oda May allows them to be together for one last time!

Oh my love, my darling who doesn’t love a good musical? And oh was ‘Unchained Melody’ sang perfectly. However, I must say my favourite of the song was of course “Are you a believer?”. It comes with class and confidence and a lot of soul! “With You ” sang by Rebekah Lowings was sang absolutely beautifully as well, it was an honor to listen!

Ghost the Musical was amazing to watch at the amazing Sunderland Empire, which can I just say, looked as beautiful as the musical itself with friendly and polite staff. Thank you to the team behind Ghost the Musical for coming to the heart of the North East and putting on such a wonderful show for us all!

Ghost the Musical will be performing at Sunderland empire until the 16th March, get your tickets quick at https://beta.atgtickets.com/show/ghost-the-musical/sunderland-empire