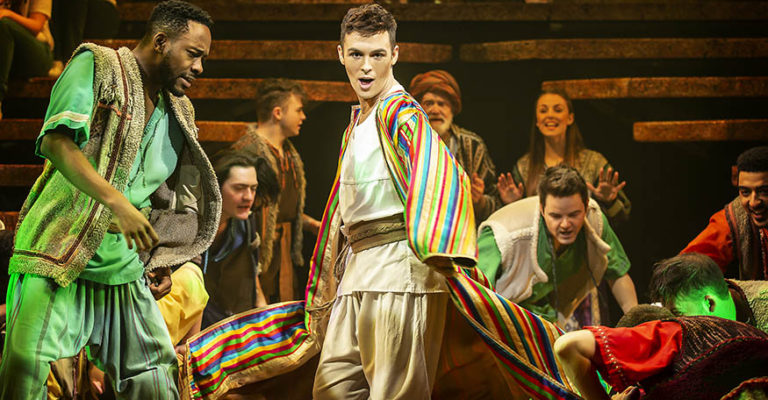 Despite the lyrics being over 50 years old this Andrew Lloyd Webber and Tim Rice classic is timeless.

The musical is based on a biblical story about Joseph ‘the dreamer’. He has 11 brothers, but he’s his father’s favourite and his Dad gives him a coloured dream coat as a gift. His brothers get very jealous and hatch a plan to kill him, but instead he gets taken to Egypt as a slave and is sent to prison. Fate is on Joseph’s side however and despite trying times, he eventually becomes the prince of Egypt.

It’s a real feel good musical. The music’s fun, it’s bright and colourful, and with an amazing, talented cast.  You find yourself wanting to sing along to all the classics such as the well-known ‘Any Dream Will Do’ and I wasn’t the only one.

Many well-known stars have played Joseph in musical theatre over the years.  Here, Joseph is played by Jaymi Hensley (Union J star) in his first musical theatre show.  He does a great job of putting on famous coat of many colours and following in their footsteps.

The music and lyrics are so cleverly written that one moment you are in France and then the next being serenaded by an Elvis rendition by the Pharaoh of Egypt.