Posted on April 20th 2017 by Whats on Northeast 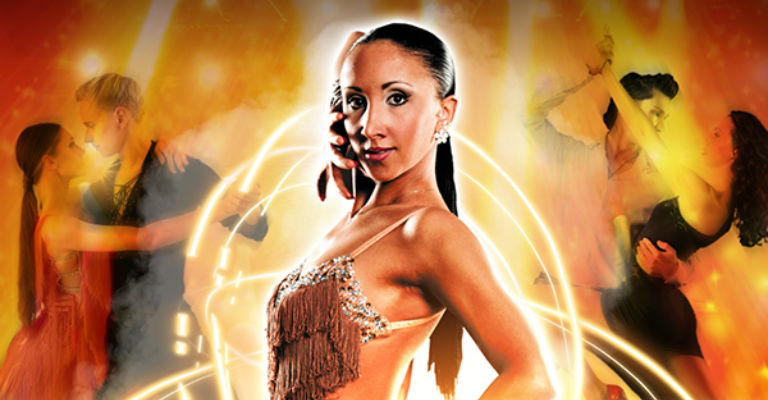 Firstly, let me confess: I’ve not been a Strictly fanatic. Sure, I knew of it and probably, like many of the millions of viewers, I watched mainly to see which celebrity was being put through their paces and trying to lose their usual persona. Likewise, despite having two daughters who spent years going to dance classes, I doubt I’d be able to tell the difference between a passable from a chicken passanda. So the chance to go and see Keep Dancing at Newcastle’s Theatre Royal was as much an education as it was entertainment.

Boasting a cast of super fit and talented dancers, backed by singing duet Harriet Mullen and Adam Warmington, Keep Dancing brings a hyper-energetic look into modern and contemporary ballroom and Latin dance which, after just the first number, leaves the audience more out of breath than the dancers themselves. Brilliantly choreographed by Emma Rogers and Robin Windsor to incorporate easily recognised pop, traditional Latin and Spanish and some very modern interpretations, each number aims to surpass the previous for style and energy.  Themed sections include Glenn Miller Jive, Showtunes, Disco and South American.

Guesting on this tour are Strictly superstars Katya Jones, Neil Jones and Robin Windsor, three performers for whom the term “dancer” just isn’t enough to do justice to their talents. Following routines so complex that they would test a super computer, they manage to imbue each number with passion, humour, tragedy and pathos, creating a miniature play within the three or four minutes they spend at a time on stage. Each have a tremendous pedigree and clearly enjoy bringing their own characters to the fore – playful, sultry, sexy and powerful.

Costumes are, as one would expect, bright, flamboyant and very sparkly. The guys’ shirts seem to all miss most of their buttons, whilst the girls’ frocks are, in the interests of safety, short and tight to avoid any trip hazards. At least, that’s what I told my niece when she asked why they were so revealing.

Harriet and Adam deliver a good background of live singing. Sure, there are some numbers which have clearly been chosen for the dance routine rather than being a great song to sing, but having live backing adds an extra layer to the evening.

As always, Newcastle Theatre Royal delivered a great theatre experience, brilliant sight lines and an inclusive evening for everyone.