Posted on August 22nd 2019 by Whats on Northeast 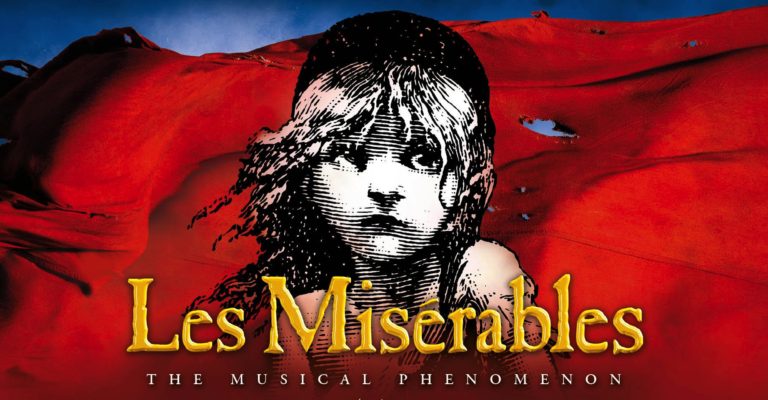 THE must see production of our generation, this is phenomenal theatre which redefines excellence.

Based on Victor Hugo’s story of the French revolution and blending sin, redemption, hope and despair, Les Mis is as relevant and compelling in today’s society as it was in the mid 19th Century.

On tour and bringing over 30 years of West End success, this is an opportunity to join in the revolution at one of the country’s best venues for amazing theatre.

The sets are epic, scenes mould and flex right before your eyes and are magical in the way they change; the lighting and use of projection is breathtaking and the sound, especially during the battle scenes, is reminiscent of Hollywood war films, the audience ducking and shaking as gun shots and ricochets whistle all around the auditorium.

Last night we witnessed, in abundance, a normally very rare occasion in live theatre – complete silence.  Silence as the audience sat transfixed through every scene, breaths held in awe and anticipation; silence used brilliantly by the cast & orchestra to heighten the drama and of intimate scenes as a counterpoint to the intensity of the impending battles and, at the end of two particular songs, Bring Him Home and On My Own, a full second of spellbound silence before the audience erupted into applause.

Killian Donnelly as Jean Valjean gives a brilliant portrayal of a man consumed – initially by his desire to escape, then by his own disillusionment of society as he is shunned (despite his desire to make something good of his life) and finally trying to make peace with his past and protect the future of his family.  Donnelly’s range and emotional input ensure that the audience share his raw anger in Who Am I, his angst and turmoil in Bring Him Home and his tender, unconditional love in Stars.

Nic Greenshields plays Javert, the former prison warden turned bounty hunting law maker who crosses paths again and again with Valjean, their fates entwined like two ivy vines each striving to fulfil their own destinies.  Nic portrays Javert as a larger than life man, huge stage presence with a palpable obsession for law and order.  The dynamic between Donnelly and Greenshields is of such constant tension that it is almost a relief when Javert, unable to stand Valjean’s hold over him after saving his life, jumps into the Seine (a scene which brilliantly makes use of stage and projection).

The other standards which have become musical theatre folklore include the riotous Master of The House (which needs very close watching to catch all the tricks and stunts), the heartbreaking I Dreamed a Dream and the anthemic One More Day, all of which are set and choreographed so perfectly that it is impossible to think of anyway they could be bettered.

For anyone who has watched and enjoyed the star filled Hollywood film version (with Hugh Jackman et al) this production is how Les Mis SHOULD be watched.  It is a piece of art and entertainment that defines excellence and brilliance and Newcastle Theatre Royal is the perfect host.  I am sure the ghosts of productions past were joining the full house in the 5 minute standing ovation.