Posted on July 7th 2022 by Whats on Northeast 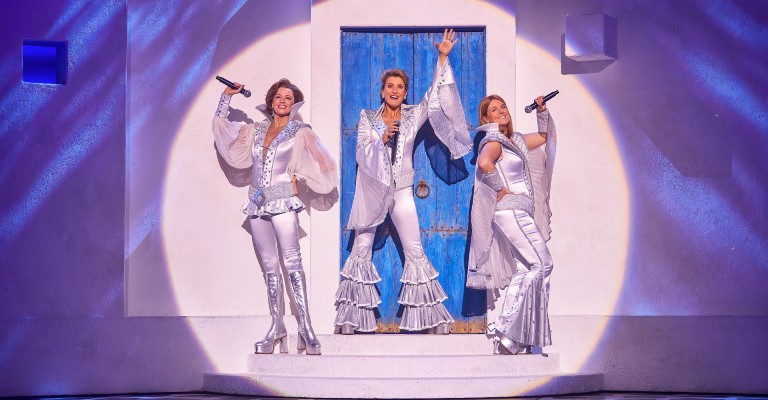 The story of this smash hit musical is set on a beautiful Greek island where mother and daughter, Donna and Sophie Sheridan, are preparing for Sophie’s wedding. Sophie invites three men who could be her father to her wedding without telling anyone and gives her mum the shock of her life.

If you have seen the Mamma Mia movie you will not be disappointed! The show stuck to the movie plot like glue and it was fantastic to see it be brought to life as a theatre production. Each scene made you feel as though you were immersed in the storyline with each setting of Donna’s hotel.

Sara Poyzer who played Donna was vocally impeccable and played the part as though it was made for her. Donna’s two best friends Tanya (Helen Anker) and Rosie (Nicky Swift) provided all the comedy we needed as laughter erupted from all around the auditorium. The male leads of the show also impressed with excellent acting skills.

The show was also full of ABBA’s greatest hits making it almost impossible for the audience not to dance and sing along during the performance. However, in the finale there was a chance for the audience to sing and dance to their hearts content with Donna and The Dynamo’s!

For an all-round, feel-good, toe-tapping show I would recommend catching Mamma Mia at Sunderland Empire, the show is here until July 16th.