Posted on October 22nd 2019 by Whats on Northeast 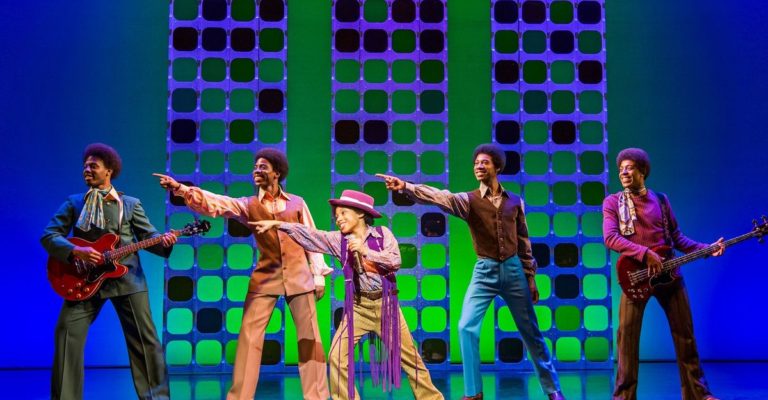 Wow. Motown the Musical was fantastic at Sunderland Empire last week! It really was one of the most energetic and exciting shows I have seen. It told the story of how Motown began and how Berry Gordy, played by Edward Baruwa, created this new genre of music and also created some of the biggest stars up to date, such as Marvin Gaye, Smokey Robinson, The Temptations, The Supremes and more! The story line was amazing and it was heart-warming to see the success Motown became due to the iconic Berry Gordy, whether it was getting his stars number one hits or getting his stars to play in amazing England for the first time. This performance clearly showed how music changed over time and who some of the biggest stars were in that time. As well as that, it was also heart-warming to see the relationship Berry had with one of the Supreme Girls – Dianna Ross, played by the absolutely fabulous Karis Anderson, and how he not only had a relationship with her but he also tried his best to be professional with her for the music business, whether it was her going solo or staring in her first film, Berry made it all possible. However there are some sad scenes to the show when times moves on and many of the artists want new and different things, but in the end it shows the love and respect that all Berry’s performers had for him.

I would say that this is a show for everyone to see, not only because Motown had such a big impact on the world but because it is such a fun, inspirational show to see. After all, who wouldn’t want to know the story of Motown? This show has everything, from amazing actors and actresses to amazing voices, amazing costumes to amazing songs, such as the iconic ones we all know and love – I Heard it Through the Grapevine, My Girl, Ain’t No Mountain High Enough, Dancing in the Street, I can’t Help Myself and many many more. The actors and actresses voices were all phenomenal! Especially Karis who played Dianna, her voice sounded absolutely gorgeous! All the voices sounded fantastic. The costumes were also beautiful. From smart, funky suits to glittering, long dresses, everyone looked amazing! This really was a show I came out of and said ‘wow’. I loved every second of it!

One of my favourite parts of the show was when Dianna was in concert and invited one of the members of the audience to come up and sing with her. This was a precious moment as this old lady wearing the prettiest dress sang a much loved song by Dianna Ross to the audience. It was a proud moment and it did pull on some heart strings, I must say! All through the show the audience were clapping and singing along, it was such a friendly and exciting atmosphere throughout Sunderland Empire that night! After all, Ray Charles did say that soul was a kind of electricity – we don’t really know what it is, but it’s a force that can light a room.

I would highly recommend this show to everyone. It was fun and exciting and the songs were sang perfectly, not to mention how well the story lines flowed! I had a fantastic night. Thank you to Sunderland Empire as well for having such friendly and polite service as always, making the night even better! I would defiantly go back and watch the show again! Motown the Musical is on at Sunderland Empire until the 26th October, get your tickets now at https://www.atgtickets.com/shows/motown-the-musical/sunderland-empire/.