Posted on January 24th 2018 by Whats on Northeast 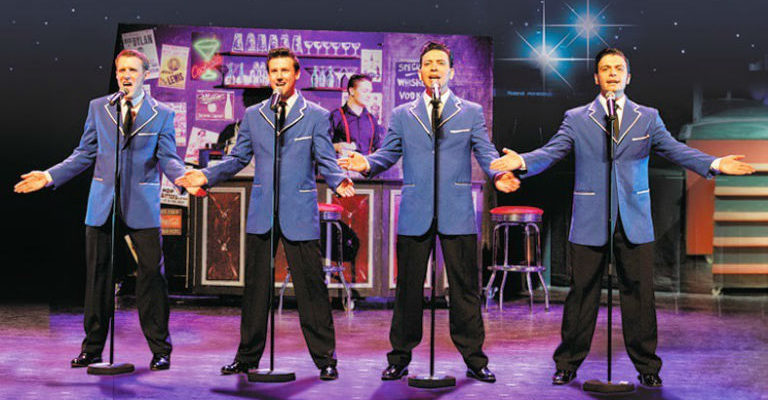 To many, Frankie Valli and the Four Seasons provided the soundtrack to more than 3 decades from the 50’s to the 70’s, but it’s testament to the quality of their music that so many of their hits are recognised by todays younger listeners, both in their original form and through covers.

With such a huge list of hits, the danger was what would have to be left out, rather than what was included; for true fans there were some abridged versions which may have left them feeling a little short changed, but there was little time to lament a few missed verses as the familiar chords of the next mega hit kicked in.

Hits like Walk Like a Man, Sherry, Oh What a Night, Can’t Take my Eyes Off You, My Eyes Adored You and of course the title track from the musical Grease kept the audience singing and dancing throughout the evening.  A brief interlude (no doubt to let the guys rest their throats from hitting the Valli-esque high notes) had the three backing dancers perform a couple of Phil Spectre ‘Wall of Sound’ tunes, further adding to the richness of the acoustic treats on offer.

Whilst this is not the Jersey Boys approach to retelling the bands’ story, the cast do manage to bring some trivia, background and no shortage of humour, making this more than just a greatest hits show.  Perhaps most telling was that even on a snow blighted Tuesday in January, the theatre was well over half full with every age up and dancing during the medley encore, a great way to start the new year and guaranteed to have everyone humming tunes on their way home.