Posted on September 7th 2022 by Whats on Northeast 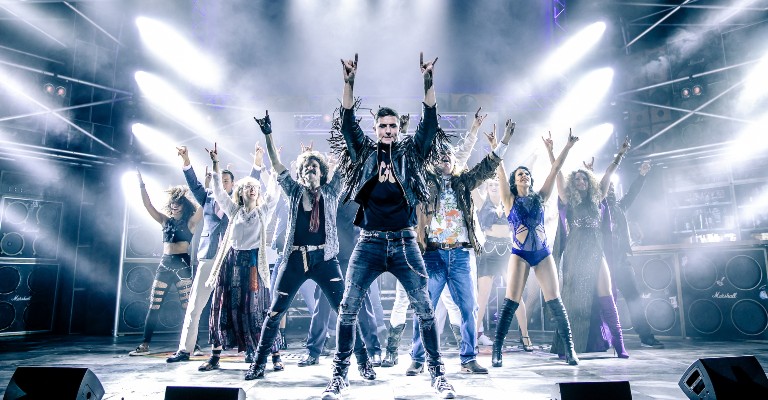 The story of this production begins on the Sunset Strip in a little rock club called The Bourbon Room. Our characters come from far and wide looking for fame, fortune and rock and roll. However, their plans are soon foiled by two businessmen looking to bulldoze and rebuild the strip, putting their beloved rock and roll lifestyle in jeopardy.

Each actor had something different to bring to the performance, especially Joe Gash who plays the role of Lonny. His role was a hybrid of narrator, comedian and actor. He brought so much energy to the stage it was felt by everyone in the room. Throughout the performance he had the audience in a fit of laughter with his quick witted jokes and sense of humour. The laughter was so infectious, even he couldn’t hold back the giggles. However, some truly impeccable improvisation from himself and the other actors made everyone’s night.

The vocals in this performance were powerful and overall impressive, such as Gabriella Williams playing the role of Sherrie and Sam Turrell as Drew. Sam’s vocal range and ability was mind blowing, absolutely nailing the classic rock songs such as ‘Here I Go Again’ by Whitesnake.

As this show is a mixture of theatre and a live rock concert, the songs were an incredible blast from the past. Featuring classics such as ‘Hit Me With Your Best Shot’ by Pat Benatar, ‘Dead or Alive’ by Bonjovi and ‘Don’t Stop Believing’ by Journey had everyone on their feet for the closing number of the performance.

If you think this show is for you, you can catch it at The Sunderland Empire Theatre until Saturday 10th September. Book your tickets here: https://www.atgtickets.com/shows/rock-of-ages/sunderland-empire/