Posted on November 14th 2019 by Whats on Northeast 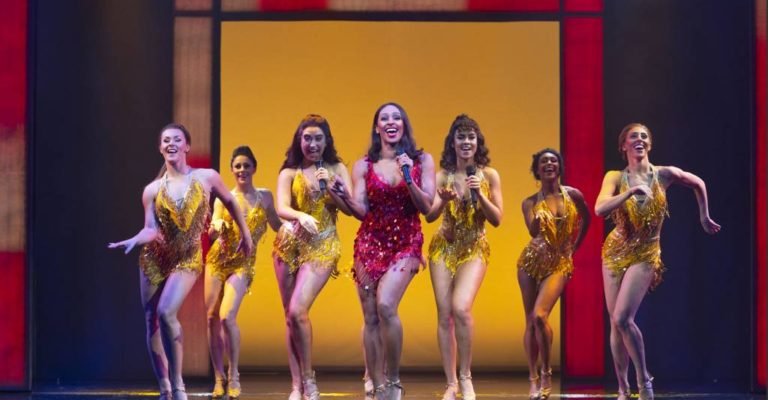 I had a great night last night at the beautiful Sunderland Empire Bodyguard press night, the show was amazing! We were so excited to see Alexandra Burk perform as the main character, Rachel, and so we should have been, she performed perfectly. The story itself was both heart-warming and emotional and it really did have me on the edge of my seat at times. For someone who loves the film, I was wondering how a theatre show would put this story into such a good performance, but the cast and crew did not fail to do this at all! It was great to watch the story unfold and a new found love begin with Rachel and Frank, played by Ben Lewis, and to see how Frank truly would do anything to protect Rachel. With loud sound effects and flashing lights at time, the tension really was high but at other times I felt quite emotional, especially for the scenes with Fletcher in (Rachels son), it really did pull on the heart strings at times. There really was such a ray of emotions.

All the actors and actresses were fantastic, but I must say I was stunned with the vocals coming from the brilliant Emmy Willow, who plays sister Nicki, and of course, the fabulous Alexandra Burk. The show included many Whitney songs, like the film, but I was amazed to hear that Alexandra really did sound like Whitney at times – an unique voice indeed. Songs included ‘Greatest Love of All’, ‘How Will I Know’, ‘I Have Nothing’, ‘I Wanna Dance With Somebody’ and many more. Not forgetting the unbelievable and heart-warming performance at the very end of the show, where Alexandra wore a gorgeous dress and sang ‘I Will Always Love You’, hitting every note perfectly. This truly was a performance not to miss and it was amazing to see Alexandra perform this song live!

The show finished on a positive note of the cast singing and dancing to ‘I Wanna Dance With Somebody’ before getting the audience to stand up to sing and clap along as well, almost like a big party with all the colourful lights! Obviously I would defiantly recommend this show to everybody! It really was just one of the shows where you come out of the theatre saying ‘wow’ because the performance was so good! Get your tickets for The Bodyguard before it leaves the North East now @ https://www.atgtickets.com/shows/the-bodyguard/sunderland-empire/.