Posted on February 8th 2017 by Whats on Northeast 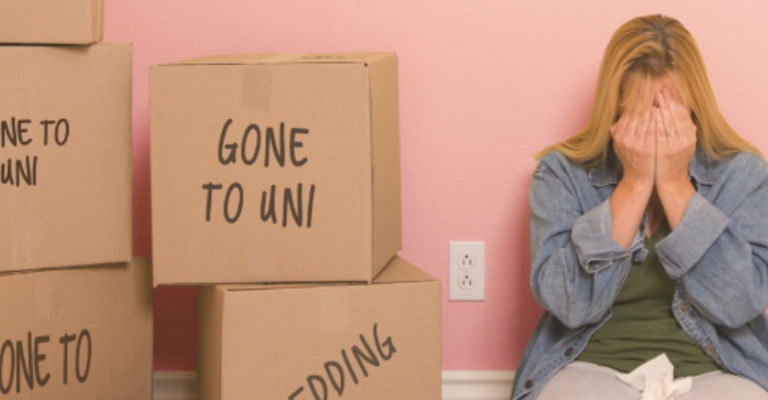 My first show of the year and to be honest, even though it’s only February, I know it will be the one I remember most. The concept for Empty Nesters Clubs is not a new one well, not new to the US, Australia and, funnily enough, South Korea, but for the UK we have yet to embrace the notion of sharing feelings when our children finally leave home.

Empty Nesters Clubs are meeting points for parents who suddenly find their once full and noisy homes (and lives) become bereft of chaos, forcing them to finally stop hiding behind “doing it for the kids” and take a long hard look at what they’ve become.

John Godber is the master of taking an everyday life event which many can relate to and peeling back the layers to expose the humour, fear, insecurities, prejudices and love upon which our lives are built. For this play, which is in its early stages of a four month tour, John takes a couple, Vicky and Phil, and their daughter Millie through the process of her leaving home and moving to university. Set with only an IKEA table (other brands are available) and some shelving units, the focus remains firmly on the characters, the stage lights seeking only to illuminate the reality of a couple who slowly realise that they lost their own identities years ago and now feel only defined by being Millie’s parents. Millie, on the other hand, seems oblivious to it all (as you would expect and hope an 18 year old should be), not realising the impact of a flippant change of mind or the total obsession of getting a bass riff right.

Whilst Vicky and her drive to reinvent herself through creating the Empty Nesters Club drives this story, for me it was Phil’s progression from doting dad, taxi man, fixer, dog walker, music muse and political enabler that really hit home. In almost every scene you could see him lose a little more purpose, forcing him to question: “is this all there is now?” Searching for a substitute for his time and a focus for him to keep getting up in the morning, Phil takes up Kung Fu, cycling and protracted dog walking – all singular pursuits – in an effort to fill the void and counter his feared journey towards invisibility (echoing completely my own current situation, as my eldest started uni in January and my youngest heads off in September).

The relationship between Vicky and Phil is undoubtedly a strong one, but it’s not until Millie leaves that they realise the glue that stuck it firmly together was their shared investment into Millie’s future. Now that that is no longer needed, do they really have anything else in common except for time spent?

Millie, on the other hand, questions that, at only 18, is it really possible for a young adult to fully know what they want to do? Yet the expectation is they will make such a choice and have little option to change it. Likewise, as seen in some of her poems, she is more astutely aware of the impact her leaving has had on her parents’ lives than they might believe, something which parents in general often miss as we still see them as our little children.

The script is tight, at times claustrophobic. As anyone who’s been alone in a large family house when it’s quiet, you will recognise just how small the rooms feel when you’re hemmed in by the walls of your own mind. The diverging paths of Vicky and Phil strain any remaining bonds they have with Vicky seeking her own personal reinvention (tattoos, charity bike rides, spritzers for lunch) while Phil battles to find any way to cling to the past.

If you have had children leave home then this will ring so very true. We stayed behind afterwards to talk to Mr Godber and the cast and the audience seemed to be quite firmly split into two camps: those who saw their children leaving as a reason for celebration, and those who felt the loss somewhat akin to bereavement, made only harder as you still seek the daily contact which was ever present whilst the children live at home.

If you, like me, are nearing the time to say goodbye then this play is an ideal precursor to the emotions you are going to face. Go see it, class it as entertainment, insight, research, therapy – but above all else, enjoy!

To find out more about productions and events happening at the Gala Theatre & Cinema in Durham, visit their website.