Posted on March 1st 2017 by Whats on Northeast 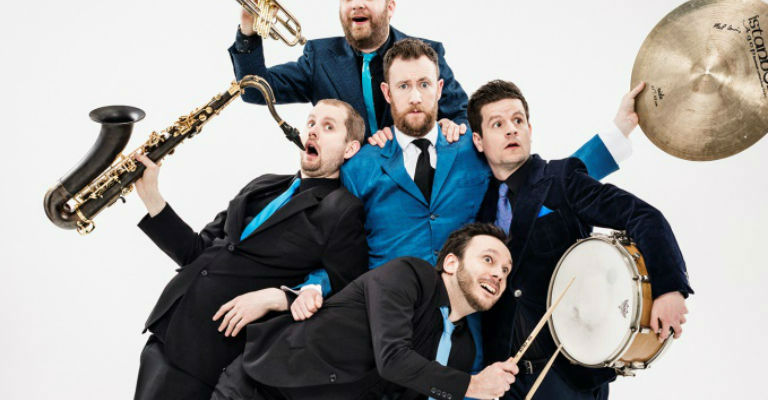 People might know Alex from appearances on 8 out of 10 Cats does Countdown, Live at the Apollo and other chat shows; small segments which serve as comedic interludes. But watching his full show, as we did at a sold out Gala Theatre, makes for an original and fun packed couple of hours.

Combining brilliant musical comedy with plenty of visual gags (including the most original use for Henry and Hetty Hoovers) Alex performs a stand-up routine to rival the modern funny greats – Lee Evans, Al Murray, Lee Mack, Tim Vine et al – yet what he has extra in his arsenal of hilarity is a team who themselves have great comedic timing and no small amount of playing skills.

Routines like “the reverse Conga”, getting the whole auditorium to do a “Zumba” workout, a routine that tries to prove that “songs are better for including the Baker Street sax” and plenty of audience participation make the evening uniquely funny without ever verging on silly or banal. Indeed, Alex manages to pay homage to old time vaudeville and music hall theatre, days when acts had to be experts in every aspect of entertaining and not resort to clichéd sexist or ‘shock’ tactics to entertain their audience.

The Horne Section is on tour and there’s not many better ways to spend an evening. Just remember to take your comfy trainers and strap up your ribs to prevent your sides from splitting.