Posted on April 30th 2019 by Whats on Northeast 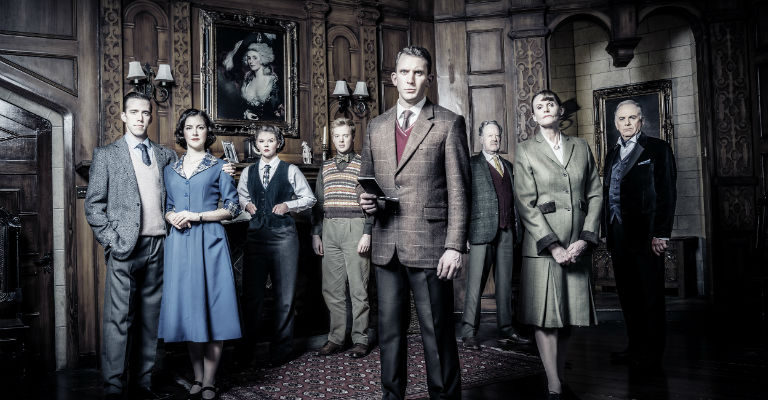 From the Queen of Crime and mystery, Dame Agatha Christie, The Mousetrap is an iconic tale of murder and secrecy. Just like the game Cluedo, this renowned whodunit thriller has been a hit at the West End for 67 years, the longest running show ever and it certainly didn’t disappoint. Regardless of whether you’ve read the book or not, as soon as you hear it’s a Christie novel, you know you’re in good hands and the plot certainly lived up to the hype.

To briefly surmise the plot, the scene is set with a terrible snow storm that cuts off access to and from the newly opened Monkswell Manor guest house, ran by husband and wife duo The Ralston’s. The inaugural stay has attracted an odd mix of guests, and an unexpected Italian visitor, and following a murder the night before in London, the wireless radio broadcasts the macabre news that the homicidal maniac is still on the run. Soon, whilst the unlikely collective of people are snowed-in, a shocking murder is committed in the guest house and everyone becomes prime suspect. Even Hercule Poirot couldn’t keep up with the constant ‘did they, didn’t they’ suspense.

The cast were brilliant and I really felt like I knew the characters, the quirks and idiosyncrasies of each one helping the make believe become reality as they were played so well. Gwyneth Strong, star of TV show Only Fools and Horses, stars as Mrs Boyle, an annoyingly honest stickler for propriety, alongside Lewis Chandler, who is making his UK debut in this tour of the show. Playing Christopher Wren, an oddball young man that actually comes across as funny and charming, you couldn’t tell this was Chandler’s first major performance – I think he’s going places in the theatre world. All in all, the characters really played their parts well.

The period set is pretty impressive with stairways and ornate doors and I felt really immersed in the show because of that. It’s certainly not a surprise as to why this has had the success it’s had for decades and no doubt will continue to do so. It did end quite abruptly but the journey to the end was a clever one. With twists and turns and of course a secret to keep at the end, I thought the show was cunningly brilliant.

The Mousetrap runs at Darlington Hippodrome from Monday 29 April to Saturday 4 May – https://www.darlingtonhippodrome.co.uk/whats-on/the-mousetrap/