Posted on March 29th 2019 by Whats on Northeast 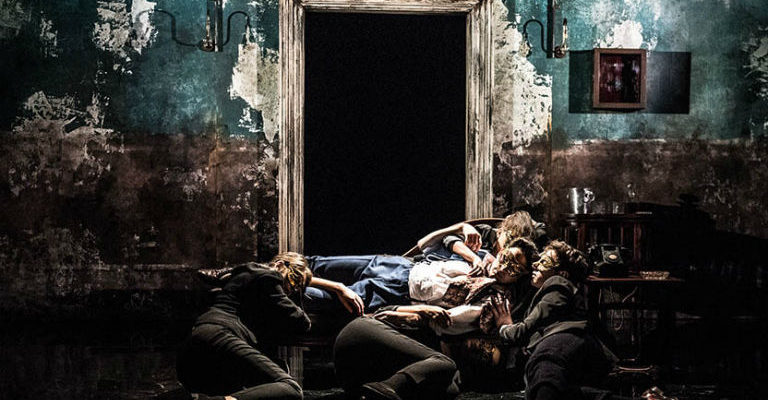 Oscar Wilde’s one and only novel, The Picture of Dorian Gray, brought to the theatre by Tilted Wig productions, was a sensually dramatic and dark story. After causing quite a stir when it was first published in 1891, the homerotic overtones were thought to be too much for Victorian ideals, despite it being tame in comparison to modern and understanding audiences of the 21st Century.

Orphaned boy Dorian meets Basil, a renowned artist who, through adoration for the young muse, paints Dorian’s portrait and exclaims it’s his best work yet. However, the young and impressionable boy is taken under the wing of Basil’s corrupting friend, Lord Henry Wooten. Dorian’s indoctrination to Wooten’s viewpoint is almost immediate and soon Dorian believes that there is no such thing as moral and immoral and that pleasure, youth and beauty are the only things that matter. As the story unfolds, taking place over 18 years, the audience watches as Dorian falls deeper into the underbelly of Wooten’s less than favourable principles and excess and hedonism become part of Dorian’s everyday life.

There was certainly clever production at work with this show. Whether it was the set, which seemed to be a physical metaphor for outward grandiose and excess, but inside everything was insidious and dilapidated, or from the subliminal messaging and use of light with the props, it all just seemed to work perfectly – even the programme was brilliant! Unsure of the exact time period, the set and costumes straddled the precarious line between old world and modern age. The cast played the parts skilfully, especially given the timespan of the story and the subtle changes to hairstyles and clothing aged the characters well. The first half of the show was a tad slow in comparison to the second, where it really ramped up the story and scene 12 in the club was an imaginative way of portraying the deviances of the underground scene without it being tacky.

A tale that questions morality, or maybe the consequences of a lack thereof, the stark realisation comes with the knowledge that anyone could follow Dorian Gray’s path. Maybe more true now than ever before given society’s obsession with youth and beauty.

The Picture of Dorian Gray will be showing at Darlington Hippodrome between 26th and 30th March as part of its national spring tour.