Posted on April 6th 2017 by Whats on Northeast 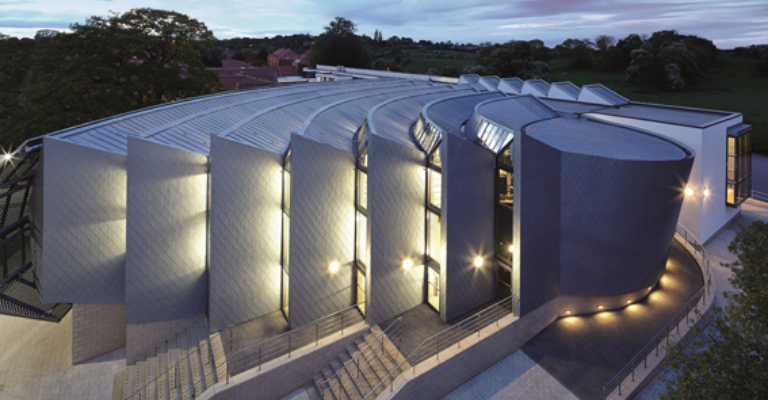 I think we all know the story of Romeo and Juliet and its more modern cousin, West Side Story. Gritty, violent and full of passion, it is often heralded as one of the hardest and most complex musicals to attempt. Not only are the melodies thick with jazz rhythms and syncopated beats, the tongue twisting word-plays are a tough challenge for even the most erudite of singers. However, with the pedigree of the past and the passion of the present, Darlington Operatic Society grab hold with both hands and thrust this tale of racial prejudice right into the present day.

There is so much in this performance that speaks to the current differentiates of race, colour, creed, religion and sex. The two rival gangs battling it out for control of their New York Upper West Side neighbourhood might be based back in the 1950s, but they could so easily be in a current day London hamlet. The Polish-American Jets and the Puerto Rican Sharks could be any number of racially stereotypical groups – whites, blacks, Asians, Muslims, Christians, visitors, tourists etc. Make no mistake: DOS have not changed the original West Side Story into a modern tale, but what they have done, through very clever casting and brilliant acting, is to ensure that this performance is totally relatable to the here and now.

Lead roles once again demonstrate the depth of amazing talent DOS have to call on. The ever-young Neil Harland is great as the love struck Tony, dragged back into the gang life by his bond with lifelong best friend Riff. Neil has arguably some of the hardest melodies in musical theatre to master – augmented fourths, a standalone lead within the ‘Tonight Quintet’ and the heart-wrenching ‘One Heart’ duet yet is never phased.

Following Tony’s abdication from leadership of the Jets, Riff takes over, played by Ben Connor. Ben totally owns the first act, his power and edge juxtaposed against an underlying vulnerability that all things are changing. His hatred of the PRs (Puerto Ricans) comes more from the fact that they represent change to his ‘hood, rather than him having a specific reason to dislike them.  Counterpoint to Riff is Bernardo, leader of the Sharks and brilliantly played by Jason Slater, the epitome of cool, suave, slick-backed poise. Special mention in the gangs also goes to Andrew Hamilton. This guy can always be relied on to provide great character acting, a really strong voice and, for the opening number, some very nimble jazz ballet moves.

Of course, the guys wouldn’t get into any trouble at all if it wasn’t for the girls. Rhiannon Walker as Maria is the perfect innocent with whom Tony loses his heart. It should never be a surprise to hear Rhiannon sing but it always is; her voice is so pure and clear and when she needs to up the volume, it never, ever waivers. Playing alongside Maria as the sassy Shark Anita is Karen Stone and, to be honest, the highest compliment I can pay is that she sounds just like Rita Moreno. Her accent when both singing and speaking is pitch perfect.

Another stand out in the girl’s gang is Rachel Slattery, playing tomboy Anybodys. Always just on the edge of the action, Rachel never plays her as a spoof. She doesn’t want to be a boy, she just wants to be treated as an equal in the gang. In one fleeting scene, she brilliantly strips away the laddish facade to show her tender side and give some much needed support to an on-the-run Tony. Special mention goes to Aoiffe Ne Chaoilte who solos ‘Somewhere.’ With brilliant staging in total darkness and Aoiffe lit by a single spotlight, you could hear the proverbial pin drop throughout the whole auditorium.

Of course, DOS are a society and the completeness of the show would never be possible without the rest of the cast, the crew, stage hands and the wonderful Front of House gang. It’s been 16 years since Darlington OS last produced West Side Story. The world has changed a helluva lot in that time, yet, watching this brilliant performance of racial intolerance, love and heartbreak, maybe it hasn’t changed at all.