Posted on July 9th 2018 by Whats on Northeast 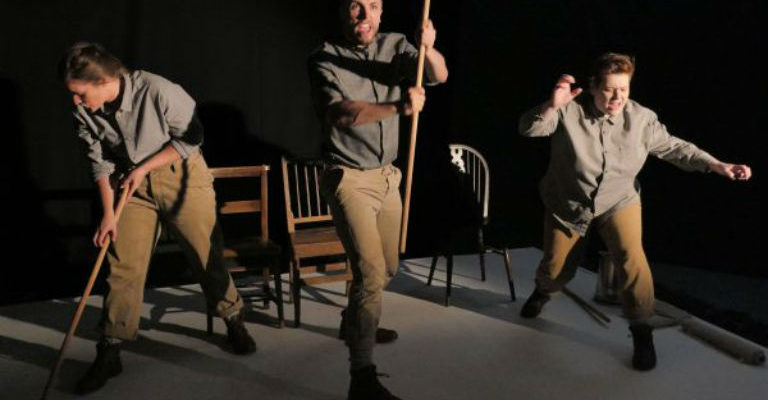 Take a step through time and walk in the shoes of the Scottish soldiers who became Durhams darkest secret.

Laura Lindow has written a powerful and poignant piece which transports the audience back into 17th century Scotland and brings alive the heart-breaking tale of local lads who were conscripted to fight against Cromwell’s English army.  Based on the archaeological findings at Durham Palace Library, and using the forensic evidence which helped to establish the soldiers’ lifestyle, Woven Bones is clever, witty and captivating.  Taking the audience back from the initial discovery of the remains to the childhood of one of the soldiers, we follow his story as he leaves the Western highlands and walks down to the length of the country, finally ending up at the battle of Dunbar.  From here, our soldier is captured and becomes a prisoner of war, marched further south and held captive with thousands others in Durham Cathedral.

The cast, Greig Adam, Paula Penman and Gemma Stroyan are brilliantly inventive, providing everything from the soundscape of building work right through to becoming archaeologists providing the science behind the soldier’s story.  Director Brad McCormick keeps the intensity high, made all the more claustrophobic by Katie Doherty’s ambient