Posted on November 1st 2021 by Whats on Northeast 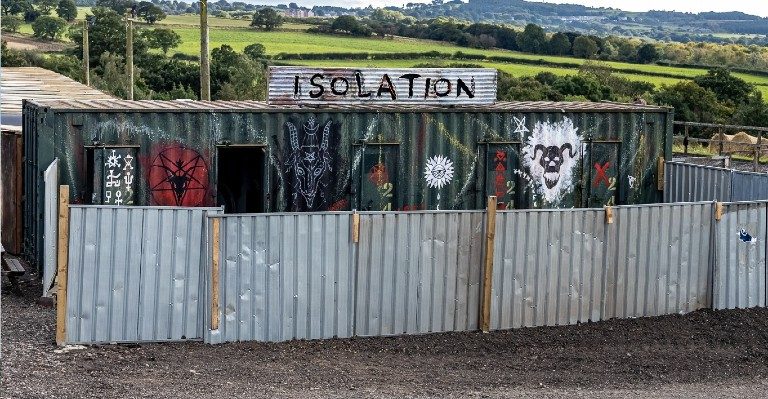 A surge in demand for this year’s Psycho Path, at Lintz Hall Farm, Burnopfield, resulted in the event selling out in the first week of October – along with tickets for two extra dates which were added soon after.

And the team behind the event are giving thrill seekers one last chance to face their fears this year, by announcing two extra dates on 4 and 5 November.

Those heading to the scream park can enjoy two new scares this year, including Corn-ered – a 2.5 acre maize maze which makes the most of atmospheric special effects and has ghoulish creatures lurking around every corner.

This year’s fear fans can experience up to four different scares should they choose to visit new attraction Isolation more than once, with a different terror hiding behind each door.

Disturbing house of horrors iScream plays on the senses to disorientate those who dare to enter – with scares when Halloween fans least expect it.

Apocalyptic wasteland Psycho City returns with another nightmarish trail, where visitors will have to navigate a seemingly deserted route and avoid the creatures hiding in the shadows.

And groups can also pay a visit to Stage Fright between the scares, which is home to a huge street food and drink village, roaming entertainment and a number of photo opportunities.

Nigel Holliday of 700 Acres Ltd, which organises Psycho Path, believes the event ticks all the boxes.

“Psycho Path really is a passion project for the team so it feels amazing to have such a fantastic response to an event we have worked so hard on,” he said.

“This year’s scream park is our biggest yet and we’ve decided to add an extra dates next week so anyone who missed out the first time can still have the chance to visit.

“There really is something for everyone, with some of the region’s best food vendors, a whole host of entertainment and some really atmospheric scares on offer.”

And the scream park isn’t the team’s only success this year, with tickets for the Family Fright Fest and Big Blaze – which take place at the same site – also selling out.

Tickets for the extra dates start at £23 and any children aged 13 to 16 must be accompanied by an adult at all times. To book, visit https://www.psycho-path.co.uk/