SOUTH SHIELDS PLEASURE PARK IN THE RUNNING FOR NATIONAL AWARD…

Posted on September 5th 2022 by Whats on Northeast 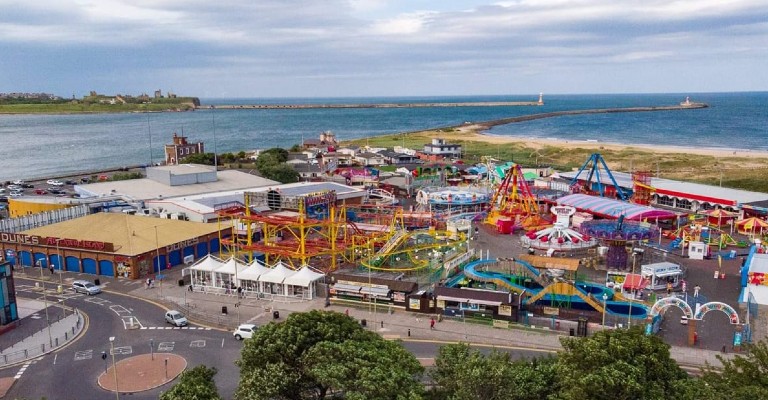 And now fans of Ocean Beach Pleasure Park at South Shields are being asked to cast their vote in support of the attraction, in the hope it will scoop a win at the UK Theme Park Awards.

The awards celebrate the best theme parks in the country across a range of categories and Ocean Beach has made it to the shortlist for the Best Seaside Park.

The selection of finalists was made as a result of public nominations plus input from a panel of judges including Paul Kelly, Chief Executive of the British Association of Leisure Parks, Piers and Attractions and Chairman of the Roller Coaster Club of Great Britain, Andy Hine MBE.

The final stages of the competition rests on the public vote, with people encouraged to support their favourite attraction at ukthemeparkawards.com with the winners announced at a special event at Drayton Manor Resort, Staffordshire on 22 September.

Michael Sheeran, Operator at Ocean Beach Pleasure Park, said he was delighted to have received the nomination.

“It’s fantastic for us to be in the running in these awards, which attract lots of entries,” he said.

“We have invested heavily in the park in recent years and introduced new attractions and events like our Winter Wonderland, which will return again this year, so it’s nice to see all of that hard work acknowledged.

“We hope that people will cast a vote for us and we’d like to thank everyone who may already have put our name forward.”

The awards are organised by ThemeParks-UK.com, an independent consumer guide to UK theme parks. This year, the awards are presented in association with AttractionTickets.com