SUNDERLAND SOULED OUT FESTIVAL: NOT ACTUALLY SOLD OUT … 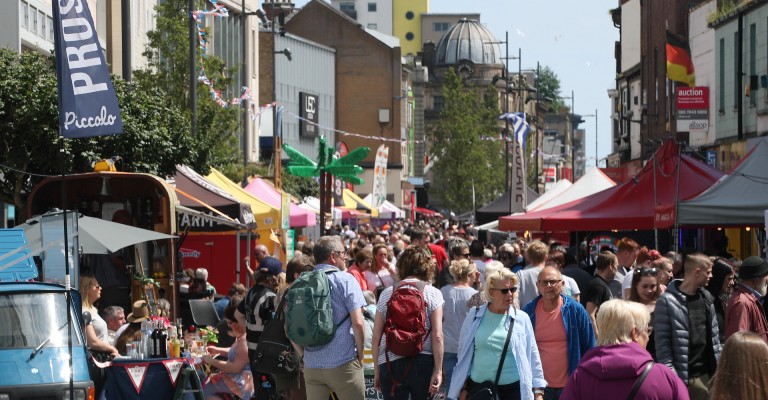 Souled Out is taking place in Sunderland over the weekend of 10-12 June, as part of the wider Food and Music Festival.

Souled Out, curated by Hairy Biker Si King, has brought together a range of food outlets and top bands for a ticketed event being held on the former Vaux site.

And now organisers want to make it clear that people can still attend – after getting word that some people were confusing Souled Out with sold out.

Following some inquiries that questioned if tickets were still available, the team behind the festival want to confirm that anyone interested can still attend.

“We want to make sure that people know that there is availability for Souled Out as we would hate anyone to miss out,” said the organising team.

“It is going to be a fantastic event and we would urge anyone interested to get their tickets as soon as possible.”

Souled Out will include performances from headliners The King Cush Band, Voices of Virtue, Groove Train and Smoove and Turrell plus specialised street food vendors – chosen by Si – including Scream For Pizza, Dosa Kitchen, burger specialists One Dining and Nan Bei, who sell Chinese dumplings.

Running alongside Souled Out is a range of free activities centred around Keel Square, which will include family entertainment, buskers plus a second street food market.

This includes cooking demonstrations and a kids club, along with a range of walkabout characters.

Tickets can be bought for Souled Out at: www.soulfoodmusicfestival.co.uk