PREVIEW: Theatrical treats and magical music for all @ The Empire

Posted on February 11th 2019 by Whats on Northeast 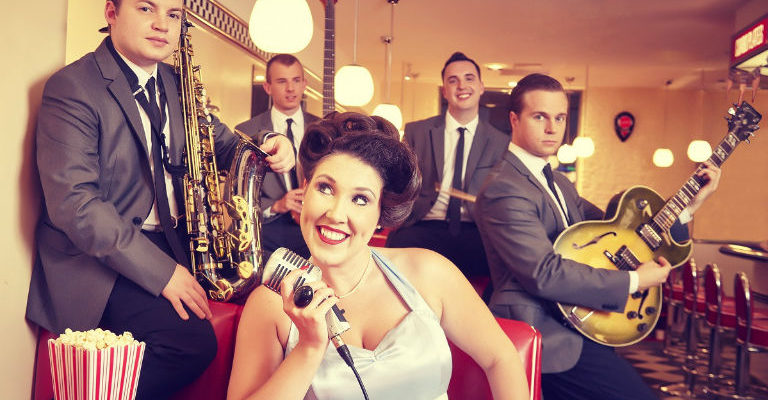 Talented musicians, West End stars and a very hungry caterpillar are just some of the acts set to grace the stage at a County Durham theatre this year.

The Empire Theatre and Cinema in Consett has lined up an action-packed programme of live music, theatre, comedy and dancing for people of all ages.

Theatre lovers can look forward to a new musical adaptation of Catherine Cookson’s The Cinder Path on Thursday, 6 June, and Friday, 7 June. Produced and directed by the North East’s own Leah Bell, this powerful tale is set in rural Northumberland and stars Coronation Street actor Nick Cochrane.

On Wednesday, 15 May, Teechers by the celebrated playwright John Godber will come to the Empire for one night only. Produced by the Gala Theatre in Durham, this fast-moving comedy is a must-see for anybody who has endured life at a modern secondary school.

Live screenings from Stratford-upon-Avon will bring the latest Royal Shakespeare Company productions to County Durham. As You Like It kick starts the series on Wednesday, 17 April, followed by the Taming of the Shrew on Wednesday, 5 June, and Measure for Measure on Wednesday, 31 July. There is also a special offer allowing people to see two or more screenings for £11 each.

Those seeking something more surreal are sure to love The Circus of Horrors. This infamous show will serve up sword swallowers, demon dwarfs, whirlwind acrobats, knife throwers, contortionists and much more at the venue on Friday, 22 March.

Musical fans, meanwhile, do not have to head to London for a West End experience. The Barricade Boys are back on the road and set to entertain the crowds at the Empire on Saturday, 23 March. Stars of Les Misérables Live in Concert features fabulous harmonies, incredible vocals and dashing good looks.

From one of the greatest musicals of all time, to the golden age of music, with Lipstick on your Collar on Saturday, 13 July. Direct from the West End, the show celebrates the hits of the 1950s and 1960s and features top musicians and a live band.

But the music does not stop there. Critically acclaimed tribute acts will celebrate internationally renowned artists from Elton John, The Drifters and Simon and Garfunkel, to Wham, Elvis and Eric Clapton.

Fans of the swinging sixties will enjoy Cilla and the Shades of the 60s on Tuesday, 7 May, while those who prefer country music will not want to miss A Country Night in Nashville on Friday, 31 May. Add The Magic of Motown on Friday, June 21, and Tenors Un Limited: The Rat Pack of Opera on Saturday, 18 May, into the mix and there really is a show for everyone.

Younger audiences are also in for a treat this season, with the hilarious musical Milkshake! LIVE on Saturday, 2 March, promising laughter, audience interaction and a fun-filled afternoon for all. On Saturday, 20 July, The Very Hungry Caterpillar Show will bring the beloved children’s story to life on its 50th anniversary. While on Saturday, 12 October, families can enjoy a theatrical adaptation of the classic nursery rhyme There was an Old Lady Who Swallowed a Fly.

It will be the grown-ups turn to laugh out loud on Thursday, 3 October, when comedian Dave Spikey returns to the Empire with his new show Dave Spikey: Juggling on a Motorbike. Join the popular stand-up comic and television star as he looks back on his remarkable life, from working class lad to much-loved comedy performer.

Look ahead to winter and there are even more magical moments in store. Saturday, 2 November, sees the return of the Russian National Ballet with an enchanting production of The Nutcracker. Last year’s performance of Swan Lake sold out, so advanced booking is recommended.

Tickets are also on sale for this year’s pantomime, Snow White, which will deliver festive fun for all of the family from Saturday, 30 November, to Tuesday, 31 December.

Nicola Dailly, arts programme manager at the Empire Theatre and Cinema, said: “One of our key aims is to encourage people of all ages and from all different backgrounds to experience the magic of theatre and live music.

“It is at the forefront of our minds when we plan what shows to stage and is why we are thrilled to offer such an exciting and varied programme in 2019.”

For more information or to book tickets for any of the performances listed, visit www.empireconsett.co.uk or call 03000 262 400.