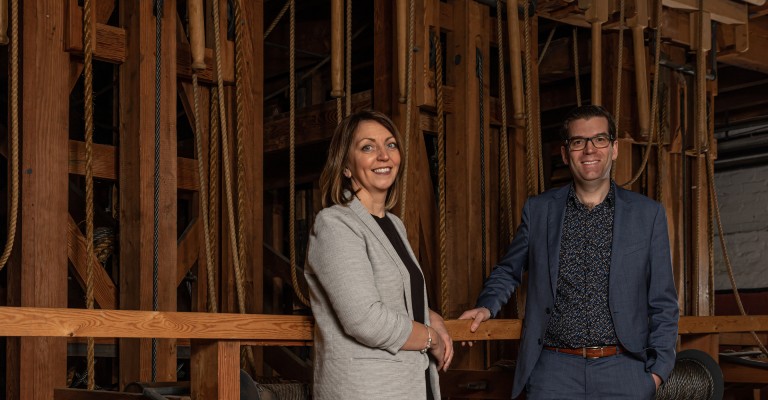 The Tyne Theatre & Opera House is delighted to announce that it has just been granted an award of £242,000 by The National Lottery Heritage Fund. Made possible by money raised by National Lottery players, the project will help the theatre to develop a number of key elements within its proposed restoration of the grade I listed building. As part of the work the theatre will be engaging with the community to restore its Victorian stage machinery as well as develop a performance calendar database by researching all the performances that took place between 1867, when the theatre first opened, and 1919 when the theatre was converted for cinema use.

The project also involves investigating the options for restoring the original “Grand Salon” which was built as an extension to the theatre in 1892 by the owner Joseph Cowen for the lessee Sir Augustus Harris – the owner of the Theatre Royal, Drury Lane. This space was originally a large front of house space with balconies and was also known for a while as the Westgate Music Hall.

The project will run for twelve months during which time the work will encompass not only the restoration of the existing stage machinery but also the acquisition of “missing” machinery which has been in store for over forty years. The theatre will be looking for community involvement from carpenters and joiners interested in helping with this exciting restoration work.

Michael Wilmot, Chairman of the Tyne Theatre & Opera House Preservation Trust said, “This grant is the beginning of an incredibly exciting journey to restore the theatre back to its former glory and in doing so creating a building unlike any other the theatre in the British Isles. For many years we have not been unable to operate the historic stage machinery and we have also been desperate for new front of house spaces – The National Heritage Lottery Fund have placed their confidence in us to deliver a unique project and that is precisely what we intend to do.”

The development of the performance calendar will be undertaken by members of the theatre, local historians and the triumvirate of North-East Universities, Newcastle Northumbria and Durham who will contribute expertise in theatre history, music and architecture. The project has been developed by Theatresearch historic theatre consultants under the leadership of Dr. David Wilmore who began his professional career at the Tyne Theatre more than 40 years ago.

About The National Lottery Heritage Fund

Using money raised by the National Lottery, we Inspire, lead and resource the UK’s heritage to create positive and lasting change for people and communities, now and in the future. www.heritagefund.org.uk.