Posted on April 24th 2017 by Whats on Northeast 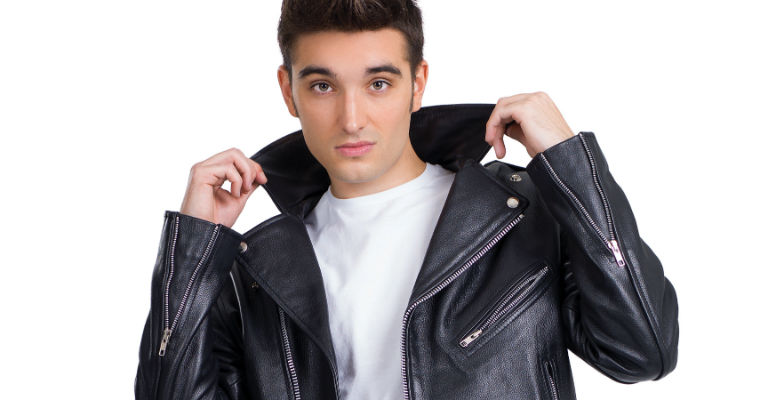 Grease is the word at Sunderland Empire this week! Running until 6th May, one of the world’s most beloved musicals is swinging its way to the West End of the North East. If you need a bit of a reminder of the story, Tom Parker of hit boyband The Wanted plays Danny Zuko, who has a summertime romance with Sandy, but will it last through the school year? Can they cross clique lines? Get ready to sing along to classic tunes such as ‘Grease Lightning’ and ‘Summer Nights’ – it’s the one that you want!

If you haven’t seen the Laing Art Gallery’s brilliant exhibition ‘Modern Visionaries’ yet, then there’s still some time to catch it until 4th June, but this one-off talk shines a spotlight on one specific aspect of the display. Professor Elizabeth Cowling, curator of the National Portrait Gallery’s acclaimed recent exhibition ‘Picasso Portraits,’ will be shedding a light on the portraiture of the Spanish Cubist pioneer himself. Although he’s probably best known for his abstracted works such as ‘Guernica,’ Picasso revisited the format of the portrait throughout his career. Dr Cowling will be examining this continued fascination, and there’ll be plenty of time afterwards to catch the rest of the exhibition.

This week from 2nd-6th May, acclaimed choreographer Matthew Bourne returns to the Theatre Royal with one of his most sumptuous shows yet. Based on the beloved film by Michael Powell and Emeric Pressburger, and the Hans Christian Anderson fairy tale, it’s a tale of possession, obsession and one girl’s dream to be the greatest dancer in the world. Unfortunately, that dream might just lead her to the brink. Bourne’s new adaptation is set to feature a new score from Terry Davies that uses the music of composer Bernard Hermann, with beautiful designs and intoxicating drama. Get your shoes on, because this will be an unmissable feast for the eyes.

This week Sunfest kicks off at Arts Centre Washington, where the finest actors from Sunderland University come together to perform a huge range of theatrical treats, from Shakespeare to Brecht. Kicking things off this is ‘On The Wrong Side Of The Tide,’ a work inspired by the works of local writer David Almond and North Eastern folklore. It follows a group of students as they’re stranded for one night on Holy Island. They soon find that Lindisfarne has a wide variety of secrets, not knowing what they’ll encounter on the wrong side of the tide…

Friday 5th May
“Roll Up, Roll Up and Die” Murder Mystery @ Newcastle Castle

Calling all budding Miss Marples and Sherlock Holmes! SUSPECTproductions are at the Black Gate at Newcastle Castle and they need your help to solve a murder case! They’ll transport you to a small family circus where tension and rivalry are running high and one tightrope walker is in more than a bit of a pickle as a result. When things get deadly, it’s up to you to try and identify the murderer, but you’ll be able to do it while munching on your own food and drink, as this case will be cracked over an indoor picnic!

There’s three fantastic new-release film screenings happening at Blackfriars Ouseburn Cinema on Saturday, with something for all the family to enjoy at Newcastle’s only cinema to provide table service! First up it’s ‘The Boss Baby,’ where Alec Baldwin stars as the titular infant who causes a stir in his family’s household. Is everything you see true though? It’s told through the imaginative eyes of a seven-year-old called Tim, making this a delightful, intelligent romp. Later in the afternoon, Julian Barnes’ novel ‘The Sense of An Ending’ has been adapted into a beautiful film, following the story of a man haunted by his past who is presented with a mysterious legacy that causes him to re-think his situation in life. Finally, on the evening, there’s a chance to catch Scarlett Johansson as the Major in the Hollywood remake of the cult classic ‘Ghost In The Shell.’

Remember, you could be in with the chance of winning a pair of tickets to any of these screenings, or a screening in June, simply by entering our competition here!

Nominated for Lithuania’s most prestigious theatre award, the Golden Stage Cross, ‘White Lullaby’ by the Papi Dapi Fish team has been delighting audiences young and old across Europe. Now it’s coming to Newcastle to enchant children and adults alike with its tale of little bunny who travels to a dream world, embedded with a touching message of love, unity and family. It’ll remind children that even if their parents spend long hours at work, they still love, care and think about them, in a tale that’s bound to touch anyone’s heart.

Also, don’t forget to enter our current competitions! Right now you could be in with the chance of winning tickets to see either ‘Running Wild’ or ‘The Curious Incident of the Dog in the Night-Time’ at Newcastle Theatre Royal!