Posted on July 3rd 2017 by Whats on Northeast 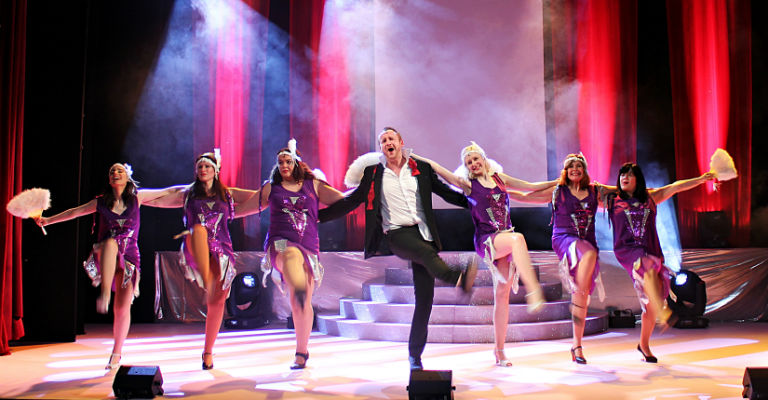 Based on the 1967 Academy Award winning film, this new adaptation of the beloved Thoroughly Modern Millie will take you back to the height of the Jazz Age in the 1920s, where a young Kansas girl is dreaming big of making it in New York. Featuring hit songs such as ‘Gimme Gimme’ and ‘Not For The Life Of Me’, and Strictly Come Dancing’s Joanne Clifton in the title role, expect to see some spectacular footwork, catchy tunes and prepare to be just thoroughly entertained.

Currently, the Palace Green Library are running their excellent Time Machines exhibition, and in conjunction with the event the Gala Theatre & Cinema are running their own series of films dedicated to all things time-related. This time round, Bill Murray gets caught in a loop as a disgruntled and self-centred weatherman who finds himself having to live out the same day continually in the classic Groundhog Day. Will he change his ways and break the cycle? Or will he be doomed to live out 2nd February 1992 over and over for all eternity?

With BRASS Festival still in full swing, Durham Cathedral’s regular Jazz in the Undercroft night is getting a little bit of a twist. As well as the usual three course meal and drinks reception, you can still expect the usual jazzy music but with a little bit of a brassed-up twist. If you’ve never been to one of the Jazz in the Undercroft events then this is the perfect gateway to see what they’ve got in store and get you in the mood for future events.

he Pass It On Tour has been bringing top traditional musicians to audiences across the North East, including acclaimed Northumbrian master Alistair Anderson to the up and coming Folkestra. On 13th July the tour comes to Arts Centre Washington, bringing songs and living memories of the North East tradition to life. If you can’t catch it then though, there’s also the chance to see the Pass It On Tour when it heads to The Witham the next day (14th July).

Friday 14th July
How Do You Recognise A Fairy @ Newcastle Castle

When you think of a fairy, what do you think of? Perhaps Tinkerbell or the tooth fairy? Well, the fairies of the past were definitely not as cute and cuddly as they were. While older beliefs about fairies were rarely ever written down, Gail-Nina Anderson is still trying to get to the bottom of it all in a new and fascinating illustrated talk. She’ll look at how our current perceptions of the little sprites were fashioned by the Victorians and that before then they were quite different beasts indeed. Prepare to be thoroughly amazed as you learn how to recognise a real fairy…

Tweedmouth’s finest are back and they’re here to help you get some fun in the sun. Unless it rain. It’ll probably rain won’t it? Typical British summertime. Nevertheless, a spot of drizzle from the sky won’t dampen these ladies’ spirits as they’re dedicated to getting the party started. Of course, they might have to cope with that meddlesome bunch Gary and the Love Gods, as they inevitably make an appearance (there’s no stopping them really). So grab your bucket and spade, don your flip flops and join the ladies (and lads) for a show-stopping time.

What ho, we do believe that we see those loveable rapscallions Morgan & West returning to the region for another round of their spiffing Parlour Tricks! Well, the travelling magic duo have had some highly successful runs of late and it’s really no surprise: their show is absolutely jam packed with jaw dropping brain bursting, gasp eliciting feats of spellbinding magic. You might need to wear a hat (preferably a bowler hat) if you want to stop them from blowing your mind. That would be a terribly awful mess, you know.