Posted on February 13th 2017 by Whats on Northeast 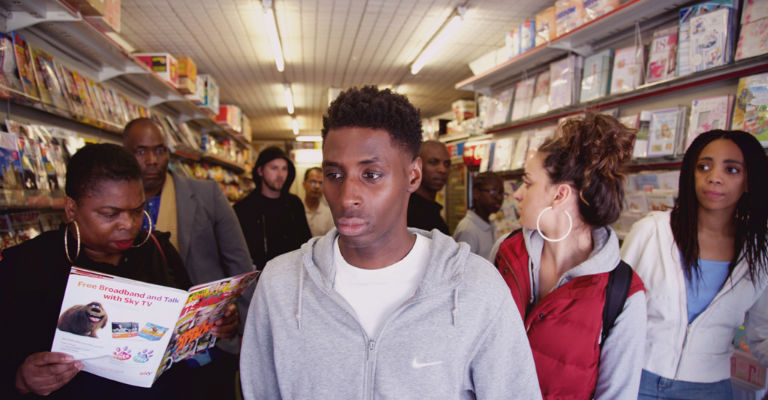 Want to know more about fantastic beasts and where to find them? They’re located at Durham Cathedral, as part of their ongoing Open Treasure series. Their new Beasts! exhibition puts on display the monsters that have fascinated people for generations, from sea serpents and wyverns to slightly less exotic creatures such as rhinoceroses and giraffes, which puzzled people in past times. From illustrations to ancient medieval manuscripts, you’ll be able to find out more about the way in which beasts have captured the imagination of people throughout the ages!

Set during the turn of the millennium, Good Dog is a fabulous new production that documents what it’s like to grow up in a truly multi-cultural society. Arinze Kene plays a young man who has been promised a bike by his mum, if he can keep his chin up and his nose out of trouble. He thinks that everyone gets what they deserve, but do they really? He’s about to learn that sometimes life isn’t all that fair, and injustice sometimes drives people to wrest back control. Because even the most patient of people can’t wait around forever.

It’s 1985. The hair is huge, greed is good and rock star wannabe Robbie Hart is New Jersey’s go-to wedding singer. But when his own fiancé dumps him at the altar, Robbie sets out to make every wedding as miserable as his own. Based on the hit film, Jon Robyns steps into Adam Sandler’s shoes to take the starring role in this hilarious musical comedy, directed by Nick Winston, which runs at the Sunderland Empire until 25th February. It’s guaranteed to get you dancing more than your dad at a wedding!

What’s all that commotion? Oh it’s only Count Arthur Strong, variety performer extraordinaire and somewhat acclaimed radio personality. He’s back on a new tour using the power of stories, and some other things that shall remain a secret, just to pay tribute to some of the musicals he can remember in The Sound of Mucus (he forgot the other ones he’s seen, so these will have to do). Prepare yourself for the wonders of his unique talents as he perfectly* recreates scenes for your own personal enjoyment. Plus he might do something else, who knows. *Please note: recreations are likely to be less than 43% accurate.

When you think of North East sportsmen, who comes to mind? Possibly your mind turns to footballing legends like Jackie Milburn or Alan Shearer, or maybe from the world of athletics there’s Steve Cram. But probably the greatest living sportsman the region has ever produced is Harry Clasper, a professional rower and boat builder from Tyneside. Alongside his brother William and two others, he formed a racing crew that became pretty much unbeatable in their time – and he did it all while being a pub landlord and building skiffs on the side! Hadaway Harry is an affectionate look at the life and times of this extraordinary sporting figure.

She’s back! Yes, Angel Anne is popping back into South Shields Museum and Art Gallery this year to help you construct some perfect arts and crafts at different Saturdays throughout the year. She’s sharing her love and passion for all things crafty, and it doesn’t matter whether you want to participate in a session or just check out her wares (perhaps for that special, unique gift for an upcoming birthday or event), Anne is more than happy to help!

Do you know your birds? Think you can tell your terns from your curlews? What about your gulls from your hawks? With the help from the Coastal Conservation Group and the ranger at Souter Lighthouse, you’ll be telling your finches from your thrushes in no time! They’ll be on hand to give you top tips about how best to go about bird-spotting, so if you’ve got a passion for our feathered friends, this workshop will be right up your street!