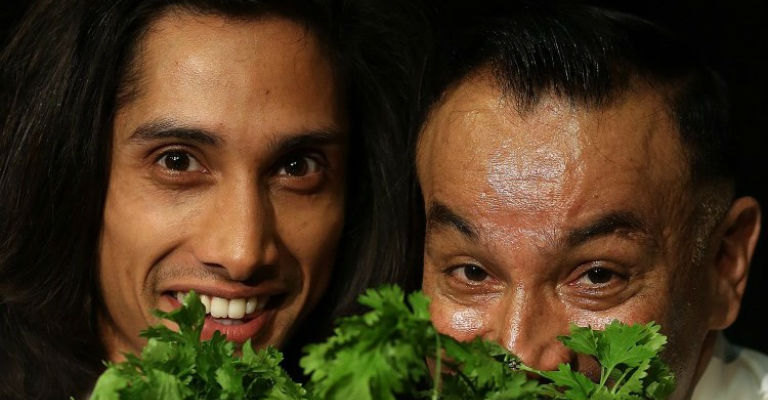 Zdenka Fantlova was 17 when World War II began, and she was given a special tin ring by her first love Amo. Throughout the war, Zdenka kept the ring with her, as she was transported from the concentration camps of Terezin to Bergen-Belsen. It became a symbol of truth and hope, as well as of the power of love. Zdenka’s story has been transformed into a new stage play by Mike Alfreds and Jane Arnfield, who stars alone to bring this powerful tale of an extraordinary woman to life.

Prepare to have the ‘Time of Your Life’! Dirty Dancing is back on stage and it’s better than ever. You know the story: Baby and Johnny are two fiercely independent free spirits from two different worlds, who come together in what will turn out to be a life-changing and triumphant summer. This sensational new production features over 35 hit tunes, including ‘Hungry Eyes,’ ‘Do You Love Me,’ and many more, ensuring that you’ll be singing along all the way. Make sure you catch it between Monday 23rd and Saturday 28th January.

It’s a bit of a nightmare scenario: as two chefs (father and son Abdul and Kamal) are dealing with one of the busiest nights of the year, they’re also struggling to decide the future of their curry house. It’s a bit of a family struggle alright, but luckily they’ve got some help from a very local source: Bishop Auckland’s own Spice Lounge, who will be cooking up a storm live on stage, providing food tasters and having a conversation with the cast. It’s set to be a delicious slice of drama – in more than one way!

Mima’s Cinema Paradiso season has brought some of the world’s best cinematic delights to the people of Middlesbrough, breaking down barriers by showing off the great range of film from beyond the boundaries of Hollywood. In the latest instalment in the series, they’re showing ‘Lilting,’ starring Ben Whishaw as a young British man who develops a compassionate relationship with a Chinese-Cambodian mother as they both tackle the stages of grief. Bridging linguistic and cultural divisions, they develop a mutual bond that you’ll find deeply touching.

Are your usual Friday night shenanigans wearing just a little bit thin? Are you tired of frequenting the same bars and pubs for the umpteenth time in a row? Then perhaps you need an alternative, one that the Life Science Centre are more than happy to provide. The latest instalment of their regular adults only night out (where you have to be at least 18 to enter) features the planetarium showing a unique audio-visual version of Pink Floyd’s ‘Dark Side of the Moon,’ a talk from nutritionist Carole Marshall, and a paid bar and DJ. You can also experiment to your heart’s content in the Experiment and Brain zones, and explore the latest LEGO odyssey Brick History. If your Friday nights need a new spark, this could be the jolt they need.

During World War II, a group of courageous Jewish prisoners at the Theresienstadt concentration camp learned Verdi’s Requiem Mass, performing the work 16 times as a statement of defiance against the Nazis and in turn answering the worst of mankind with some of the best. This new concert-drama features a full performance of Verdi’s work alongside video testimony from some of the survivors, as well as propaganda film footage from the time to tell this remarkable story. Set among the already stunning backdrop of Durham Cathedral, this is one mass no one will want to miss.

Van Dyck’s self-portrait was acquired for the nation in 2014, and is ultimately striking thanks to the artist’s straight over-the-shoulder stare towards the onlooker. For this exhibition, the Laing Art Gallery have paired the exquisite painting with more self-portraits from a vast array of the best artists from the 20th and 21st Century. The paintings from Francis Bacon, L.S. Lowry, Chris Ofili, Pablo Picasso and more give an insight into the artist’s changing role and their own perception of themselves, giving an indication of how they saw their role within society. It’s also a truly unique opportunity to see works by some of the greatest artists of the last 100 years gathered together in a single space. It’s an opportunity no one should miss.