Posted on April 18th 2017 by Whats on Northeast 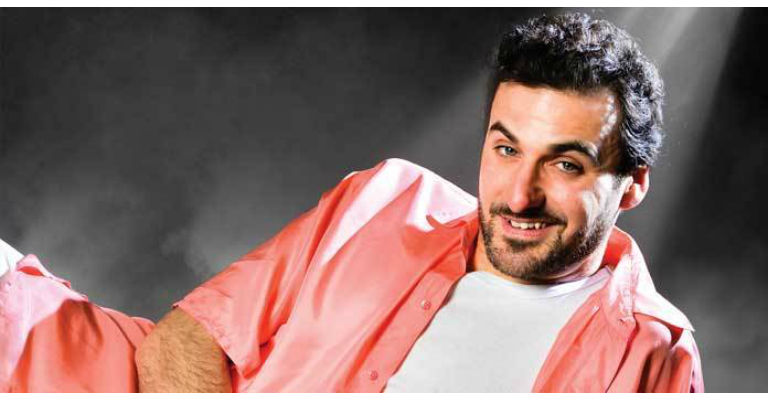 The adaptation of Susan Hill’s acclaimed ghost story ‘The Woman In Black’ recently continued its record-breaking run at the Fortune Theatre in London’s West End, but is returning to Newcastle next week (until 29th April) to give Geordies some serious chills. Directed by Robin Herford, this latest take is a study in atmosphere, controlling the horror to make things as tense as possible, seriously spooking the audience with devious illusions. Over seven million theatregoers worldwide have already experienced the spine-chilling action. Will you be joining them?

Tuesday 25th April
Not Only In England @ The Bowes Museum

For a little while longer, The Bowes Museum will be running their truly fascinating exhibition Only In England, featuring the work of Martin Parr and Tony Ray-Jones. On Tuesday, Dr Simon Ward will be headed down to the museum to talk about a topic that goes beyond the borders of England, and even across the English Channel. In ‘Not Only In England,’ Dr Ward will be talking about non-conformist documentary photography from both sides of the Iron Curtain in the 1970s and 1980s. It’ll be a major contrast to what’s on offer in the sometimes quirky and eccentric exhibition, but one that sheds a new light on life behind the curtain.

There’s a new show taking place at the Life Science Centre’s Science Theatre and it’s set to be a magical look at all things that sparkle, twinkle and glow! Let It Glow will be exploring the world of lights and lamps, having a look at the way in which light is generated and what causes different phenomena. Running until 2nd July, there’s plenty of time to catch the intriguing show, but make sure you catch it before the lights go out!

She’s been called the Greatest Englishwoman of Twentieth Century; Sylvia Pankhurst trained as an artist, won three scholarships, and painted a ground-breaking series of portraits of working women. But she’s best known for being the daughter of the woman who founded the Suffragettes, giving up her artistic background to spur the women of the East End into action. In this new production, followed by an audience discussion led by author and actress Jacqueline Mullhallen, her story is brought to life alongside the images that she created, archive photographs and locations in Europe and England. It’s set to be a fascinating portrait of one of the most enduring figures of recent times.

In the 1980’s, Patrick Monahan’s family arrived on Teesside escaping from the Iran war. It doesn’t sound like the most upbeat basis for a stand-up show, but then again Patrick is no ordinary stand-up (he was dubbed ‘The Hardest Working Comedian of the Year’ in 2015 by Ents24 after all). He’s here to tell anecdotes from his childhood as a half-Iranian, half-Irish youth navigating his new environment and generally getting to grips with what it has to offer. It’s set to be hilarious, yes, but it’ll also give a unique and thought-provoking insight in what it’s like to grow up as an immigrant in Britain, just cementing Patrick’s place as one of the funniest but also most intelligent comedians on the circuit.

At the minute, Woodhorn Museum are hosting a special exhibition surrounding Jeremy Deller’s groundbreaking work ‘The Battle Of Orgreave,’ including artefacts and objects from the time, archival material, and a documentary about the artwork itself. The May Day Bank Holiday weekend seems like the perfect time then for kids to get interact more with the exhibition by taking part in this workshop inspired by the exhibition. Across the three days, kids can make their own protest badge inspired by the exhibits – and wear their badge with pride!

Oh, Lee Nelson, you cheeky chappie. Will you ever learn? Well hopefully not because Lee’s antics may have got him into a spot of bother with Kanye West at Glastonbury, and FIFA boss Sepp Blatter reckons he should be ashamed of himself, but he’s still a hoot. Now though he’s back firmly where he belongs, on stage with a brand new live show ready to bring some laugh-out-loud stand-up hi-jinks to the masses. Get ready for some side-splitting action as Lee puts himself in the spotlight once again!

Also, don’t forget to enter our current competitions! Right now you could be in with the chance of winning tickets to see either ‘Running Wild’ or ‘The Curious Incident of the Dog in the Night-Time’ at Newcastle Theatre Royal!