Posted on March 20th 2017 by Whats on Northeast 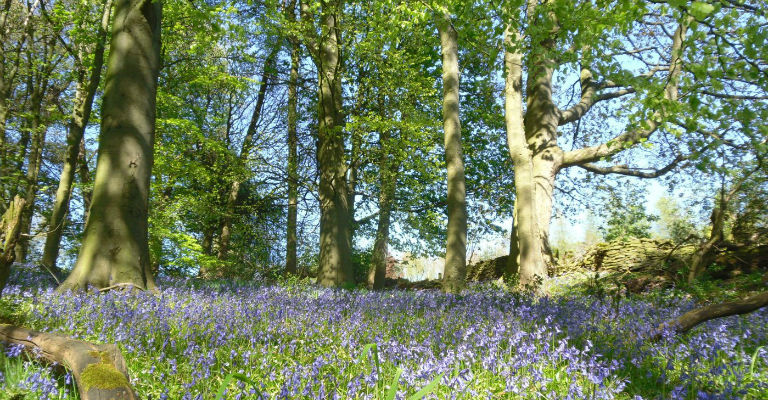 Based on the action film of the same name, the Life Science Centre are offering you the chance to get fully immersed in the action of Pacific Rim. And when we say fully immersed, we mean as about as immersed as you can get without actually taking the helm of a giant robot. The motion ride, which is at the centre until 31st March, will allow you to experience every twist, turn, high and low as your seat moves in time to the 3D action on the screen – expect some blasts of wind, smoke and water too!

Fancy getting involved with Gibside’s Woollen Woods Voluntary Arts initiative but not sure about your own crafting abilities? Well have no fear because Lynn Huggins-Cooper is on hand to get everyone – regardless of age or ability – together to decorate the woods and learn a few new felting skills along the way. If you want to contribute to the lovely landscape around Gibside, then this is the perfect opportunity.

Wednesday 29th March
The Thing That Came From Over There! @ Queen’s Hall Arts Centre, Hexham

Have you ever watched a horror movie from the 50s? If you’ve even seen one of the delightful films then you’ll know that they can be quite full of conspiracy, action and also just occasionally be a little bit unintentionally hilarious (mostly because of the men in rubber suits). The Thing That Came From Over There has been inspired by such flicks, and as a result it’s a rip-roaring ride through Antarctica during 1912. There, hapless Captain Reginald Cranston investigates a meteor crash and discovers something truly out of that world. Three daring actors play over 15 roles between them in this tale of (possibly) blood-curdling terror. If you’ve ever wanted an affectionate ode to 50s movies, this is it.

After having to unfortunately rearrange his dates from late last year, Mouth of the South himself Rob Beckett is finally headed to the Tyne Theatre & Opera House to bring in the laughs and dazzle the audience (possibly with his almost impossibly white teeth). As the star of the likes of Live At The Apollo, Would I Lie To You, 8 Out Of 10 Cat, Mock The Week and many, many more, Rob has lit up our TV screens with his relentlessly funny antics and extremely smiley demeanour. He’s a comedian who’s probably set for even bigger things in the future, so this is a great opportunity to catch him in a little bit more of an intimate atmosphere.

2Faced Dance Company are bringing not one, not two, but three unique and explosive works to Dance City – and there’s a little bit of a twist. Each one of the three performances have been choreographed by women (the very talented trio of Tamsin Fitzgerald, Rebecca Evans and Lenka Vagnerova) but all of the performances are by men. Each of the three dance works are exploring the theme of fear and our human response to it, as well as the concept of Fallen Angels. If you want to know more there’s also a totally free post-show discussion immediately after the performances, which anyone with a ticket to the show is free to attend – doesn’t get much better than that!

There’s no denying that the Reformation was a time of huge upheaval for all aspects of religious life, but if you thought that things stopped at the dissolution of the monasteries, then think again. People’s ability to pray in private was also affected, and that’s exactly what Dr Fiona Gameson and Joanna Barker (Honorary Research Fellow at the Institute of Medieval and Early Modern Studies) are considering with this event. They’ll be looking at the various aids for prayer at the time, and their post-Reformation replacements. But if you think that it’s something only Christians might enjoy then think again; the deep heritage angle will keep anyone with an interest in history very happy.

It’s the time of the season when Spring has finally sprung and the lambs are ready to be born. If you want to get stuck in and help out at Wallington by spending an afternoon in the barn, then you’re in luck – you can join the Broomhouse Farm team for a couple of hours of tasks in the lambing shed. If your kids have ideas about working with animals in the future then this is an experience not to miss out on. Besides, it’s an afternoon that really has the “aww” factor!