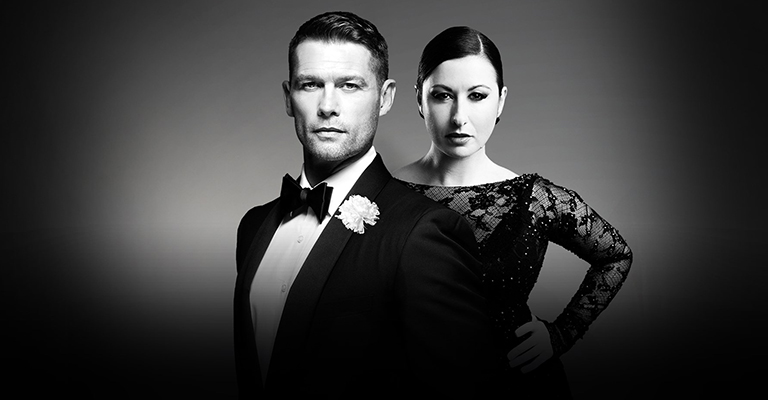 After a super successful run in the region earlier this year, Chicago is back to spin its tale of murder, greed, corruption, adultery and treachery. John Partridge, star of EastEnders and numerous Broadway musicals including Cats and Miss Saigon, is back as Billy Flynn and he’s joined by Hayley Tamaddon, from Emmerdale and shows such as Grease and Mamma Mia, as the devious Roxie Hart. Expect thrills and spills and all that jazz as they transport you back to the roaring twenties for a rip-roaring musical ride!

The North East has a proud heritage in a number of industries: steel, coalmining and shipbuilding. Unfortunately, over the last thirty years in particular these industries have begun to all but die out, fading away like distant relics. But we still remember the days when the region was an industrial hub and David Watson’s work celebrates all that is good and bad about those times. Based in Middlesbrough and himself connected to the industries, Watson’s work echoes that of the Pitmen Painters and captures a way of life that’s now sadly all but disappeared from our regional landscape. His new exhibition at Woodhorn collects his works together and offers a reflective look at the past.

What’s on the end of your stick, Vic? The iconic double duo of Vic Reeves and Bob Mortimer have been lighting up our screens with their very unique brand of surrealist slapstick comedy, and their double act has stood the test of time. The duo are back with a brand new live show, which is set to be just as eccentric and just downright silly as they’ve ever been. So prepare to just be utterly dumbfounded by what on earth is going on as the pair mess about like a couple of fools and maybe, just maybe, drag out a couple of cult classic characters.

It’s the first of December and you know what that means… The jolliest man with a beard dressed in red is set to visit us all in less than a month’s time! But have you been naughty or nice this year? Maybe you and the kids might be able to find out the answer at Father Christmas’ very own grotto, which is opening on certain dates throughout December. He’s made the journey from the North Pole down to the heritage site to give out a few early presents and make it a truly special festively-themed day. Make sure you catch him before Christmas Eve though – he’s got more than just a few presents to deliver!

Attributed to Dutch artist Dieric Bouts the Elder, St Luke Drawing the Virgin and Child is one of those 15th century paintings that you can’t help but stop and stare at. The Bowes Museum are helping you to do that with its in-focus display that runs until early January. The work is especially rare, as few of Bouts’ paintings are ever seen in the UK, so this is a prime opportunity to see the extraordinarily detailed work up close and personal. There’s also a chance to learn more about the National Gallery’s investigations into the painting with a complementary video, if you wanted to dig even deeper into this mysterious artistic treasure.

Panto season is well and truly underway, and the dedicated team at Phoenix Theatre are back to put a magical spin on this classic rags to riches tale! Telling the story of a young man and his cat on a quest to find fame and fortune, expect all the usual panto ingredients including show-stopping songs, dazzling dance routines, and more than a bit of slapstick comedy!

For one night only, Arts Centre Washington are moving their operations down to the Sunderland Museum and Winter Gardens where they’ll be presenting a magical story for all the family. Silver Moon is an intergenerational tale that uses masked performance, shadow puppetry and recycled materials to show how it’s imagination, not material things, that can really forge a friendship. It’s set to be really touching and, despite the masks, extraordinarily engaging for the kids. If you’re looking for a festive performance with a bit of a unique spin, Silver Moon is probably it.