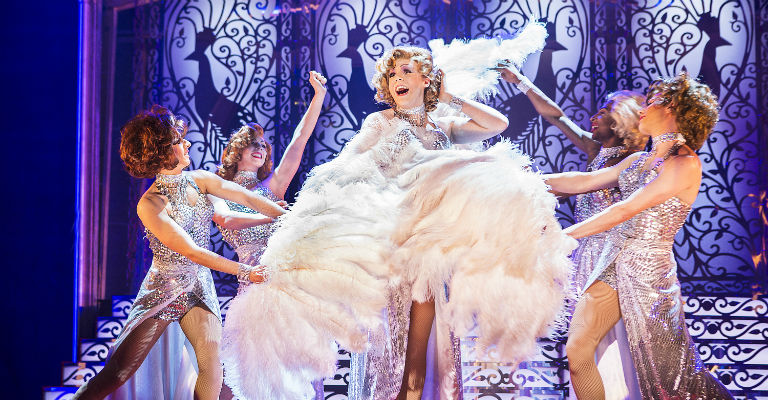 Ruth Rendell’s brilliant plot twists come to the stage with a mysterious new adaptation of one of her most famous novels. It follows Eunice, who struggles to fit in but joins a wealthy family as their housekeeper. Soon though, the reason for her anxiety and awkwardness begins to rise and leads to a tale of murder – on Valentine’s Day. An all-star cast help to bring the tale to life, which will leave you on the edge of your seat and wondering just whodunit.

For the first time ever, Bill Kenwright is bringing the beloved musical La Cage Aux Folles on tour around the UK, and it’s set to be a shimmering, spectacular extravaganza! Starring Adrian Zmed and John Partridge, it tells the tale of a dazzling drag artiste, Albin, living an idyllic lifestyle alongside Georges in the heart of St. Tropez. But behind the chandelier and curtains, things might be about to undergo a change as Georges’ son announces his engagement to the daughter of a politician determined to shut their establishment down. Prepare yourself for drama and hilarity and don’t be afraid to say ‘I Am What I Am’!

For over half a century, LEGO has been one of the world’s most popular toys, enabling youngsters and adults alike to construct whatever their imagination conjures. Over the years, the models have become ever-more intricate and the range of little bricks available have multiplied greatly, only adding to the possibilities of what can be created. This exhibition at Darlington’s Head of Steam Museum presents just a small range of what can be achieved when the pieces come together, and is sure to spark the imagination of brick novices and LEGO enthusiasts alike.

At The Bowes Museum right now, they’re displaying an exhibition dedicated to the tulip, a flower that’s been captured by a variety of artists over the decades and centuries. A couple of events this week allows you to follow in their footsteps, the first of which will have budding artists sketching within the exhibition itself before learning how to make a silk painting to take home. In the second of the workshops on 4th August, you can also learn how to wet felt and create a coloured 2D tulip to take home.

Friday 4th August
Yellow Tapers for a Dream: the Pre-Raphaelites and their Legacy @ The Maltings, Berwick

Currently at Berwick Visual Arts, there’s a fascinating exhibition celebrating the life and legacy of the oft-forgotten but highly influential Scottish Colourists. As part of the programme of events surrounding that exhibition, Dr. Richard Moore will be headed to The Maltings to trace the work and legacy of the Pre-Raphaelite movement, an group who also formed part of a much wider literary and artistic collection. Touching on the art as well as poetry, Dr. Moore’s fascinating talk will delve into how the Pre-Raphaelites had an influence on the Scottish Colourists by focusing on the Brotherhood’s work.

Fancy stepping back in time for one weekend only? Then make sure you visit Aydon Castle on Saturday 5th and Sunday 6th August! There, you’ll be able to enter a portal into the Medieval age and experience everything life back then had to offer in the authentic surroundings of the Northumberland manor house, castle walls and grounds. If you want to experience a little bit of hands-on history, then there’s no better place to be!

Prepare to go on a magical adventure with the little pig with some big dreams! The family favourite is headed to the Gala for two days, inviting you to spend time with Babe, as he arrives on Hogget’s Farm and discovers an unusual talent for sheep-herding. But can a small pig really make it big in a sheep-dog’s world? And can he step up when his farmyard friends are in trouble, can Babe come to the rescue? It’s set to be a loveable tale of friendship, adventure and bravery!